Alberta Pane Gallery is pleased to present Ad libitum, the second solo exhibition by Italian artist Michele Spanghero in its Parisian space. The title of the exhibition refers to the name of the sound sculpture Ad lib. that is an abbreviation of the Latin expression Ad libitum, which generally refers to the personal freedom to act according to its own judgment in a given context.

The exhibition presents a sound sculpture composed of an artificial respirator and of organ pipes that play a musical chord, creating an organ that is in a metaphorical way, a mechanical requiem that plays incessantly. The sculpture aims to make reference to the situation of people, who suffer from serious health problems and who see their survival linked to a respirator, thus questioning the limits that men delegate to technology.
The sculpture is surrounded by a set of preparatory drawings and the exhibition is accompanied by a critical text by Dominique Moulon.

The exhibition is opening on March 19th, from 11am until 6pm and is visible, by appointment only, from March 20th. 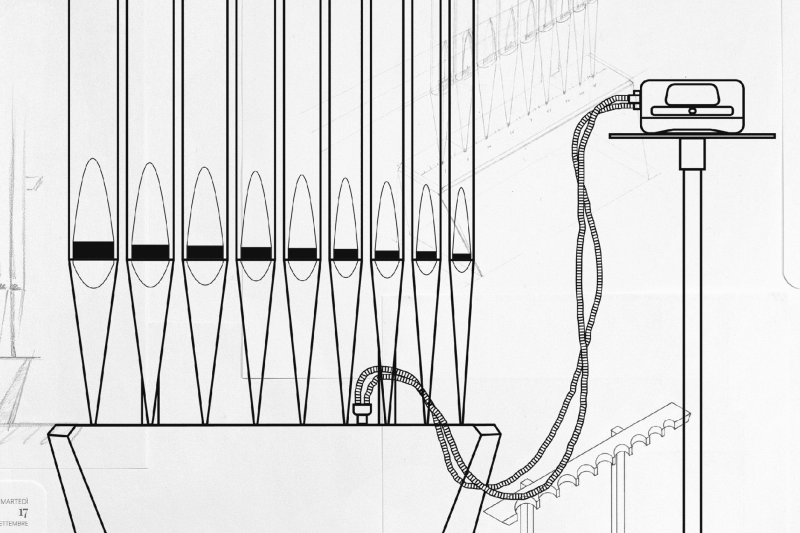 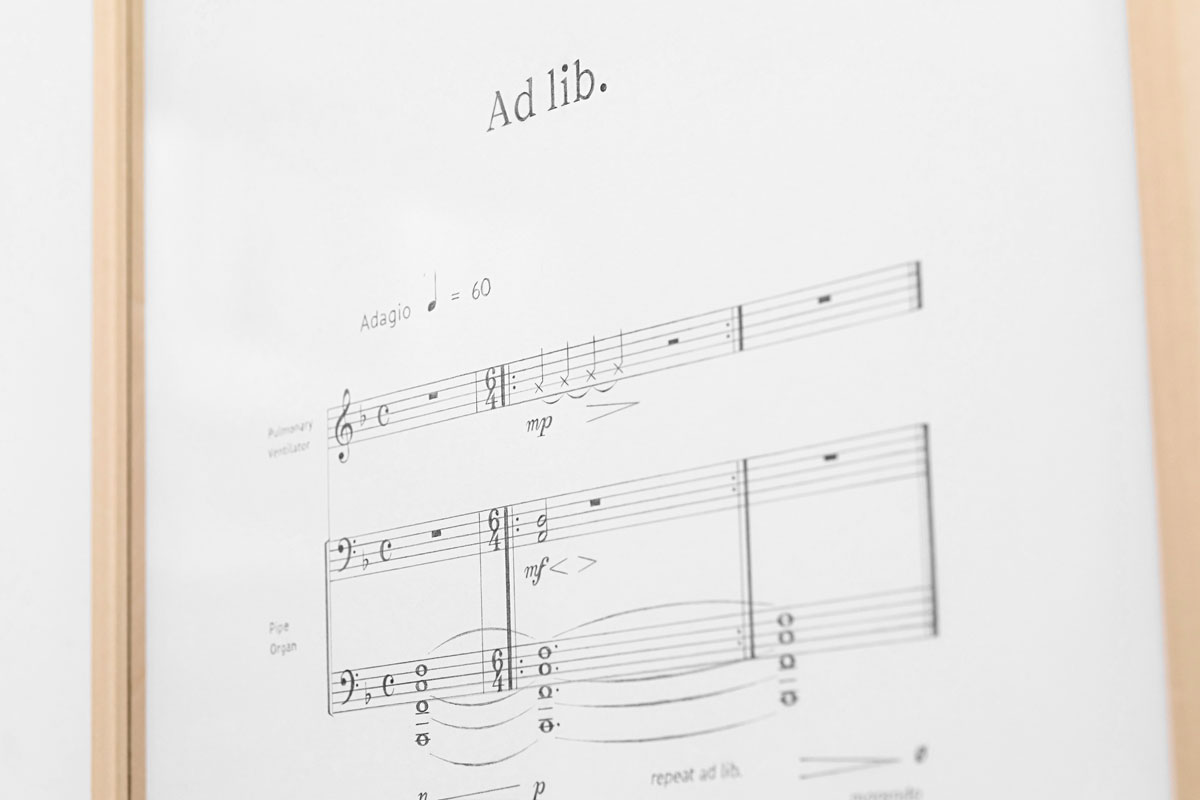 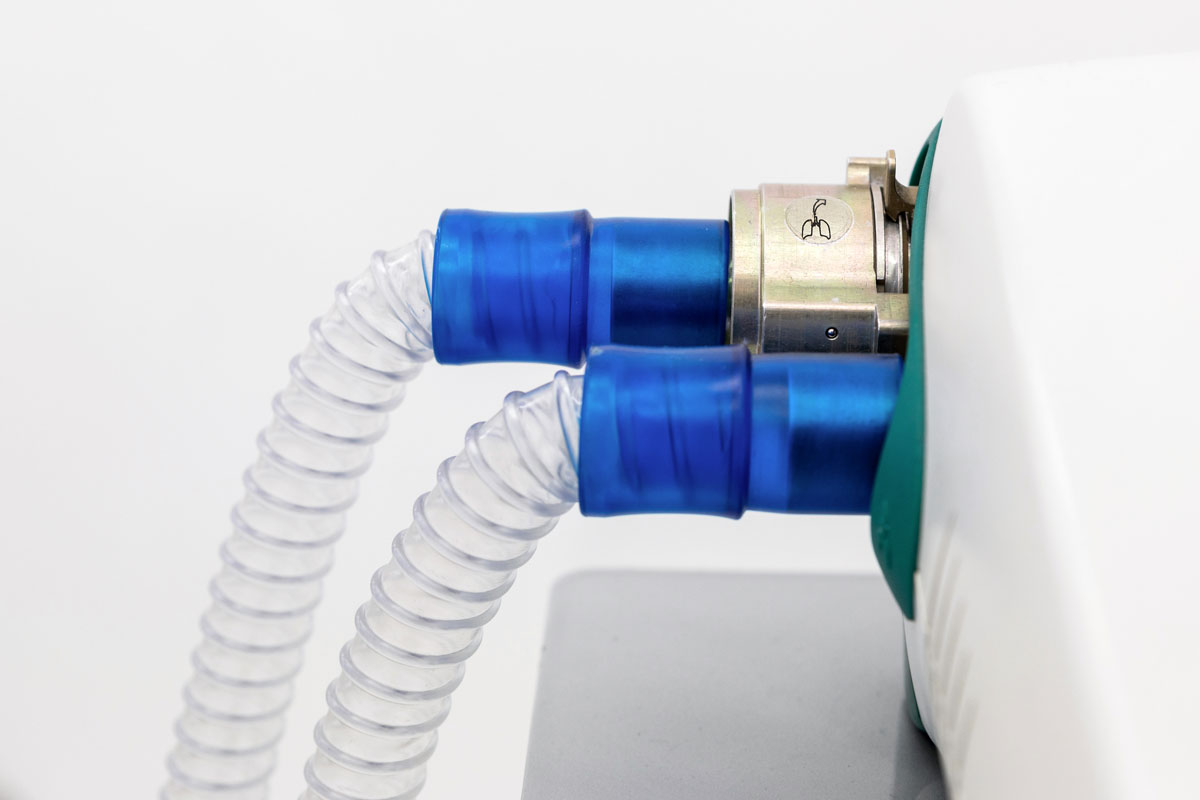 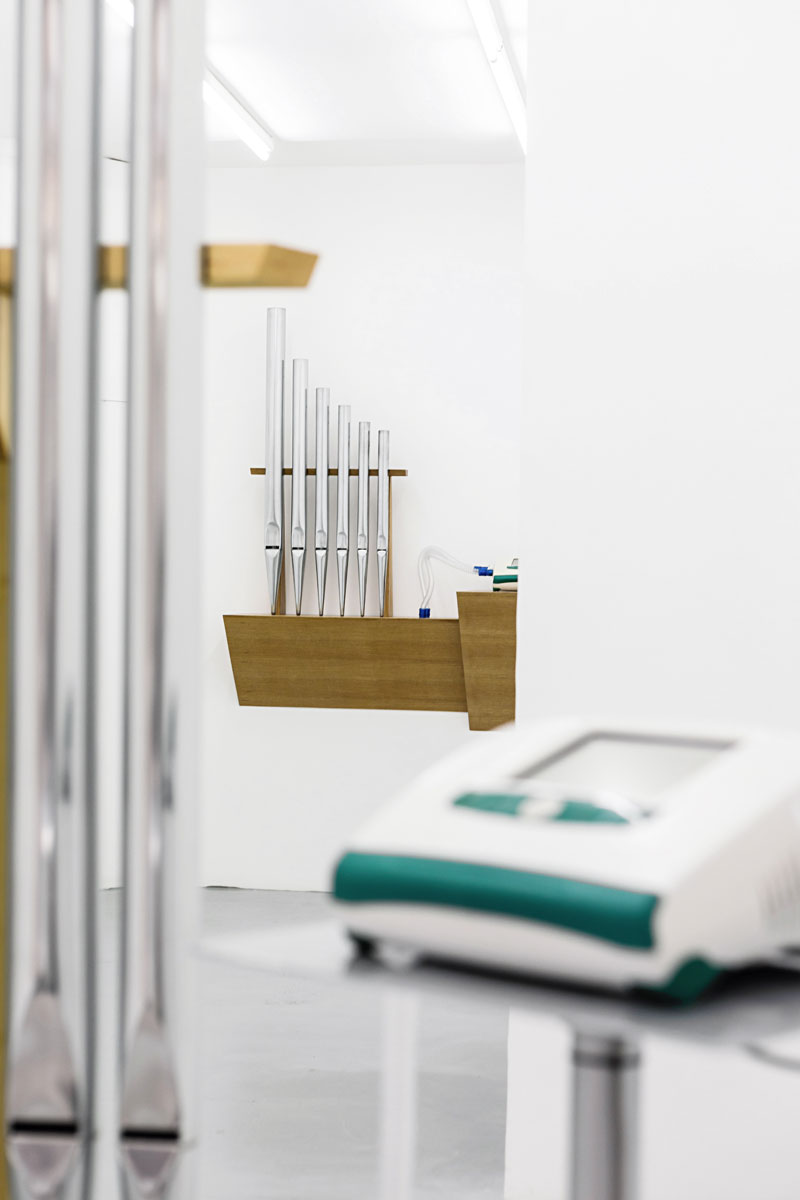 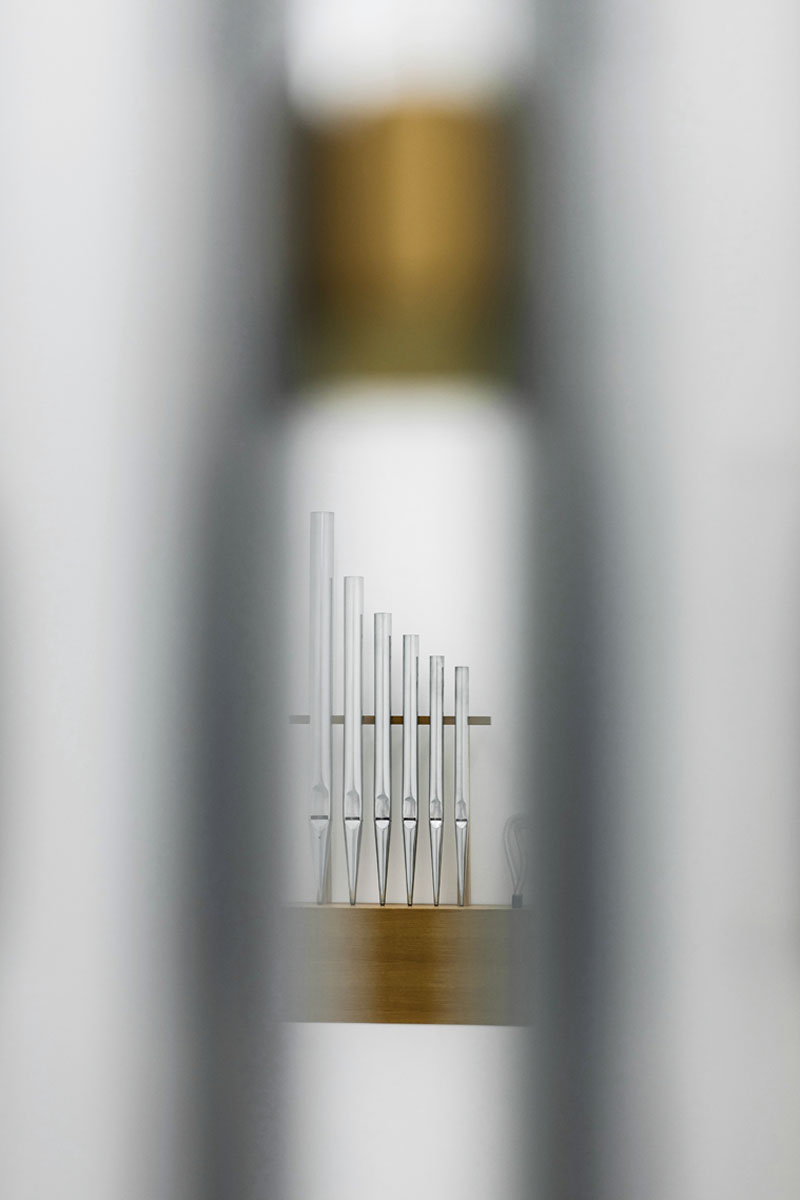 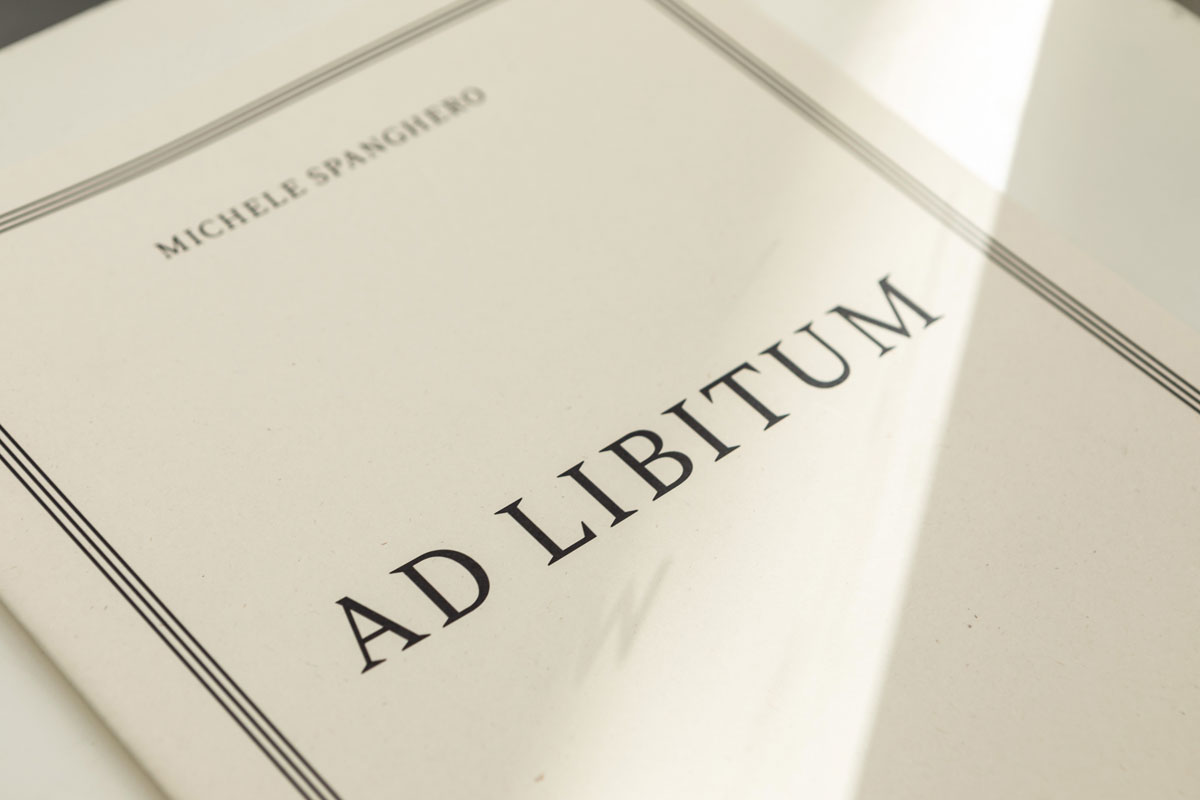 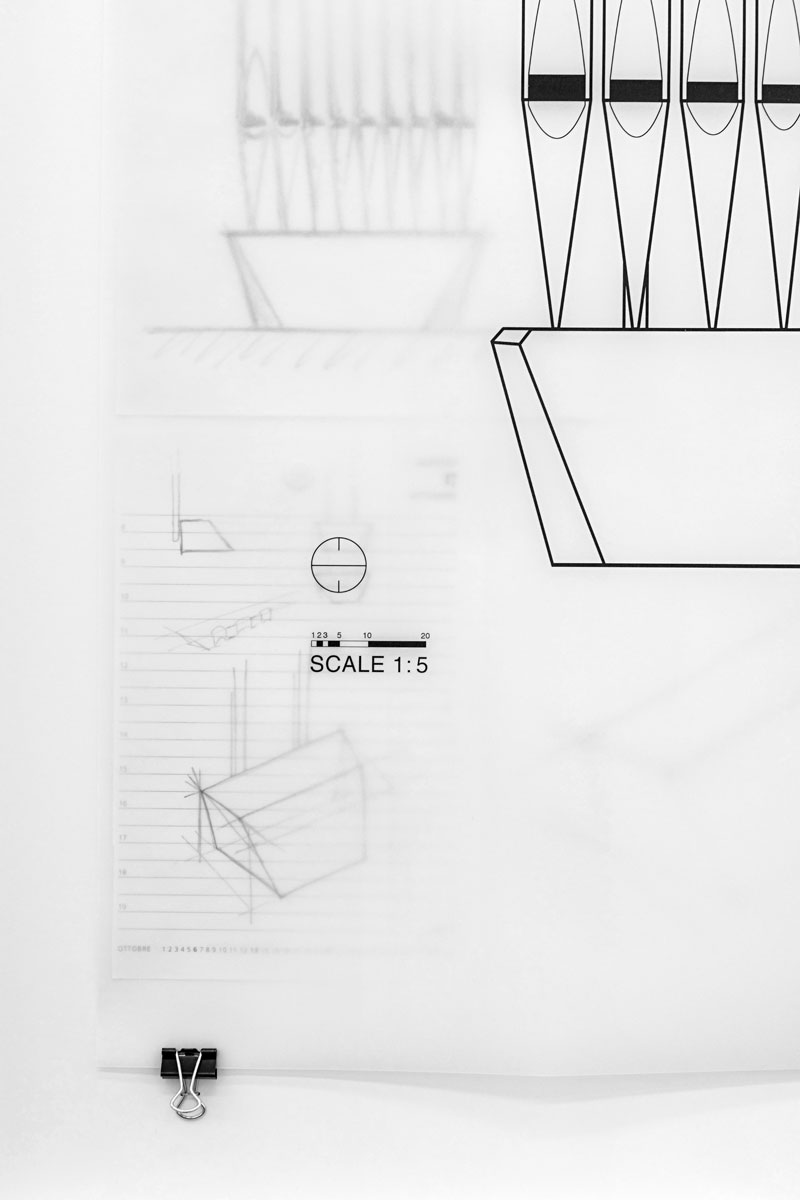 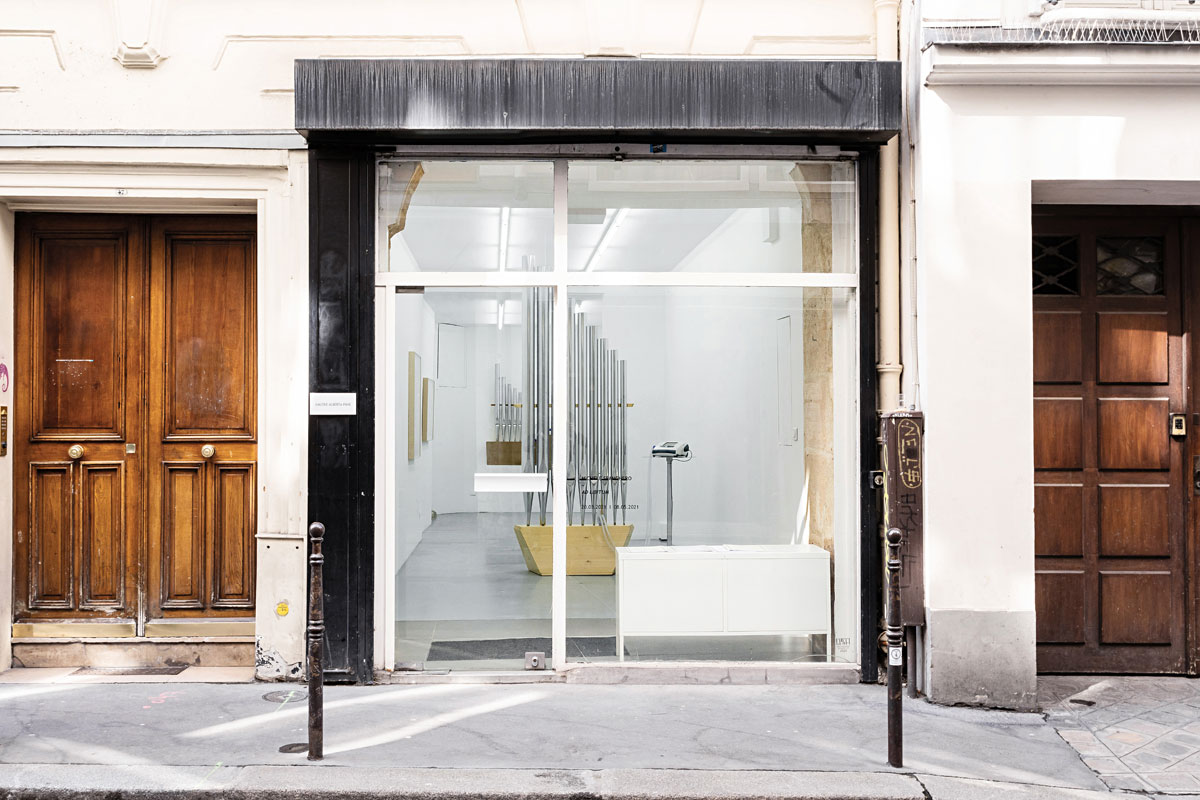 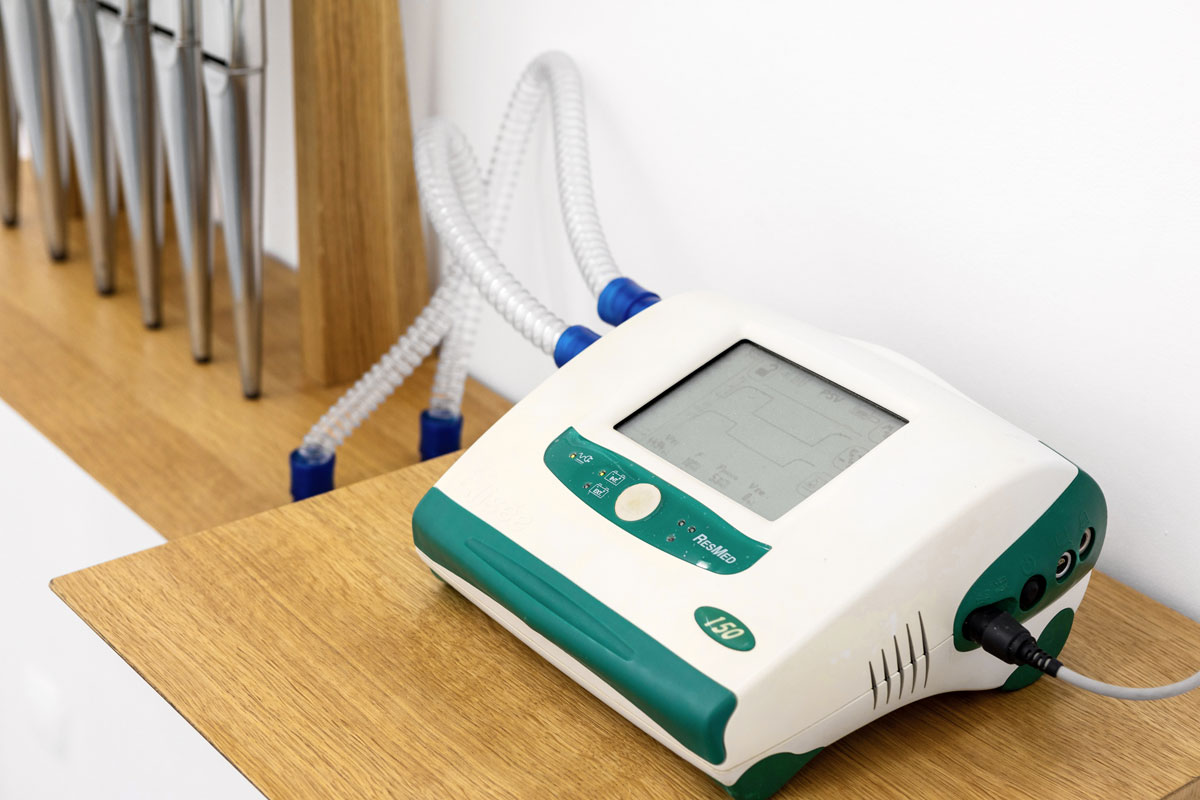 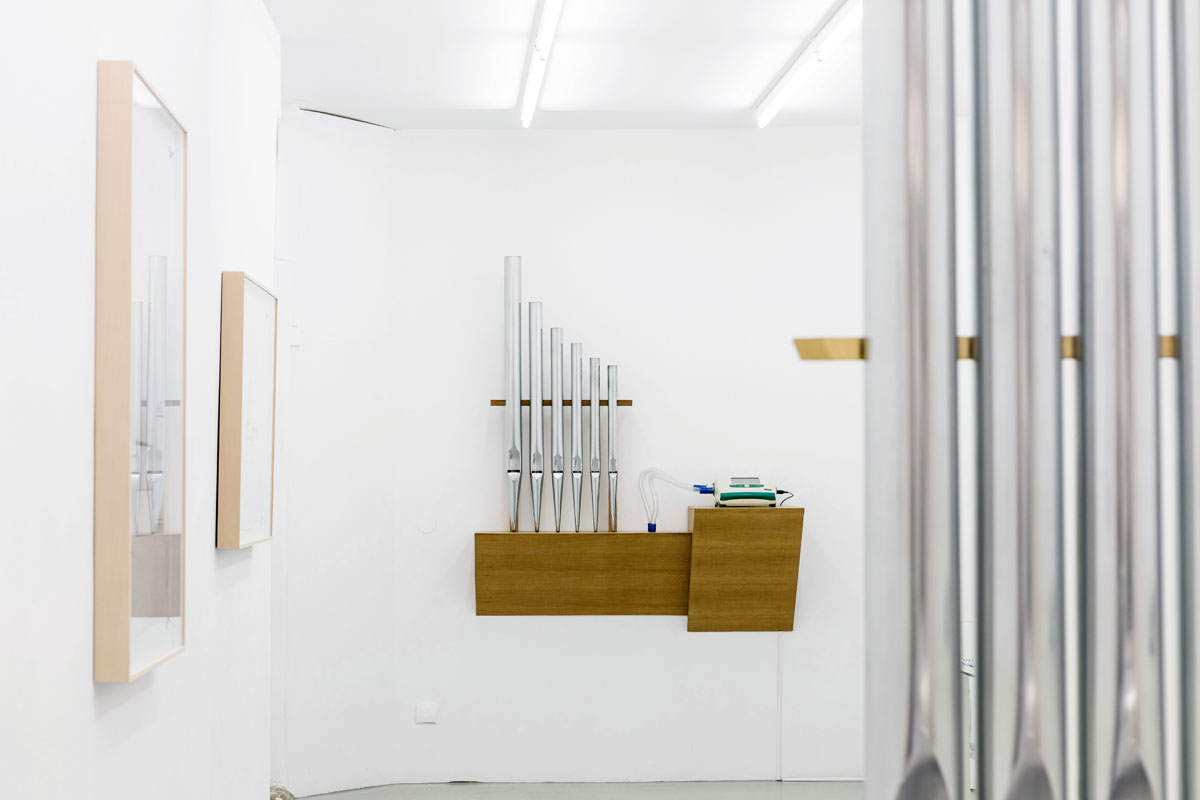 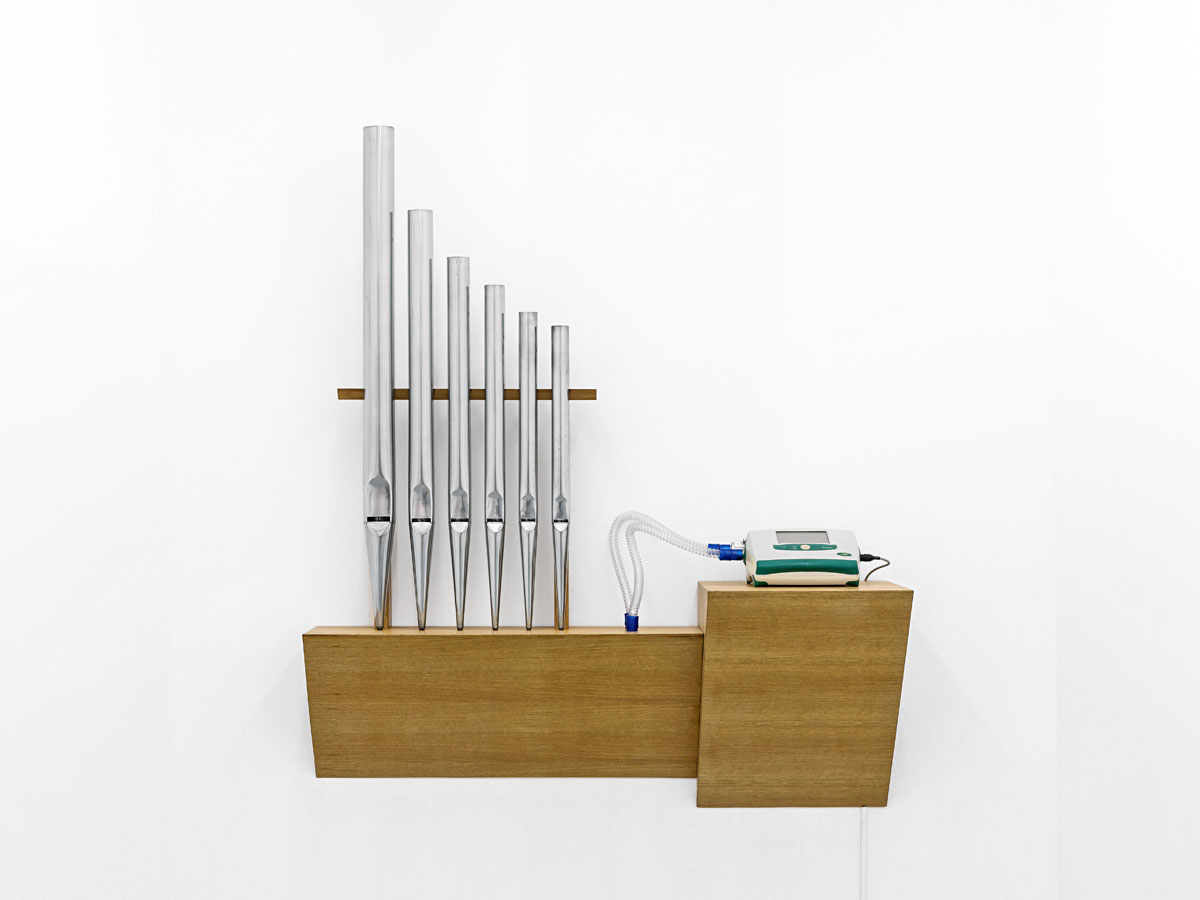 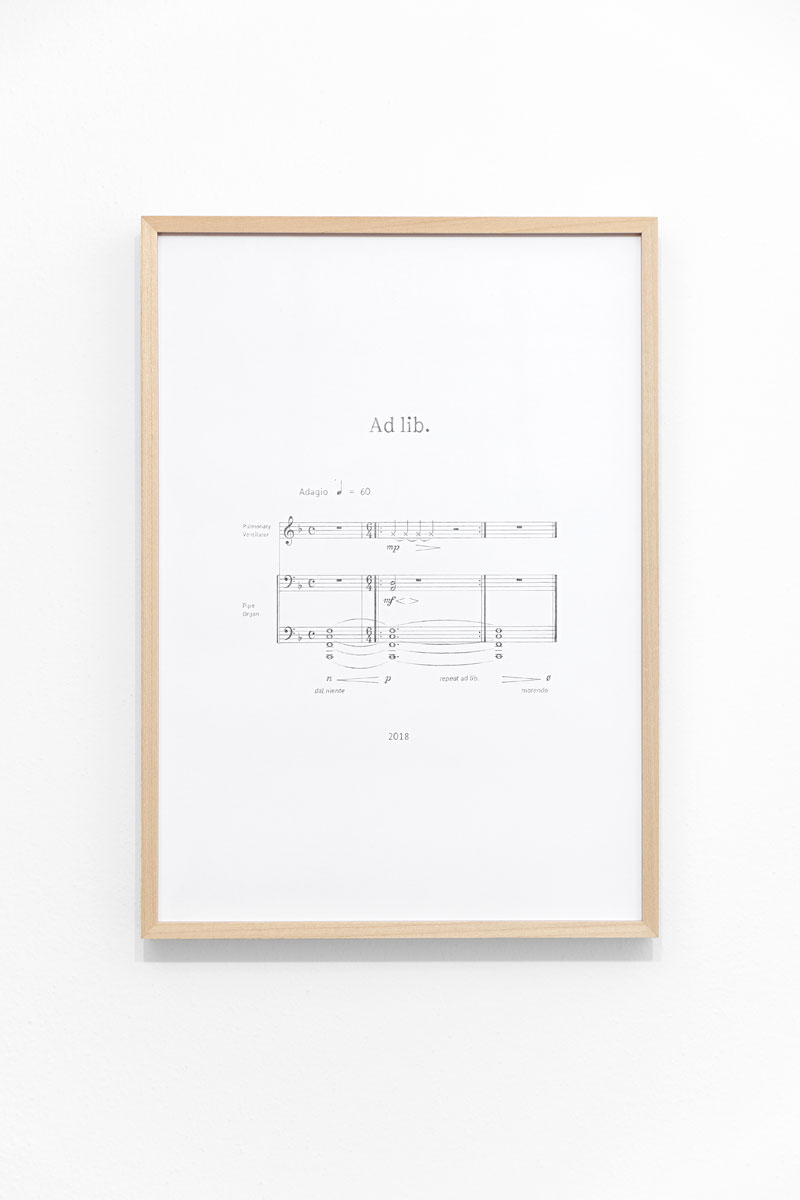 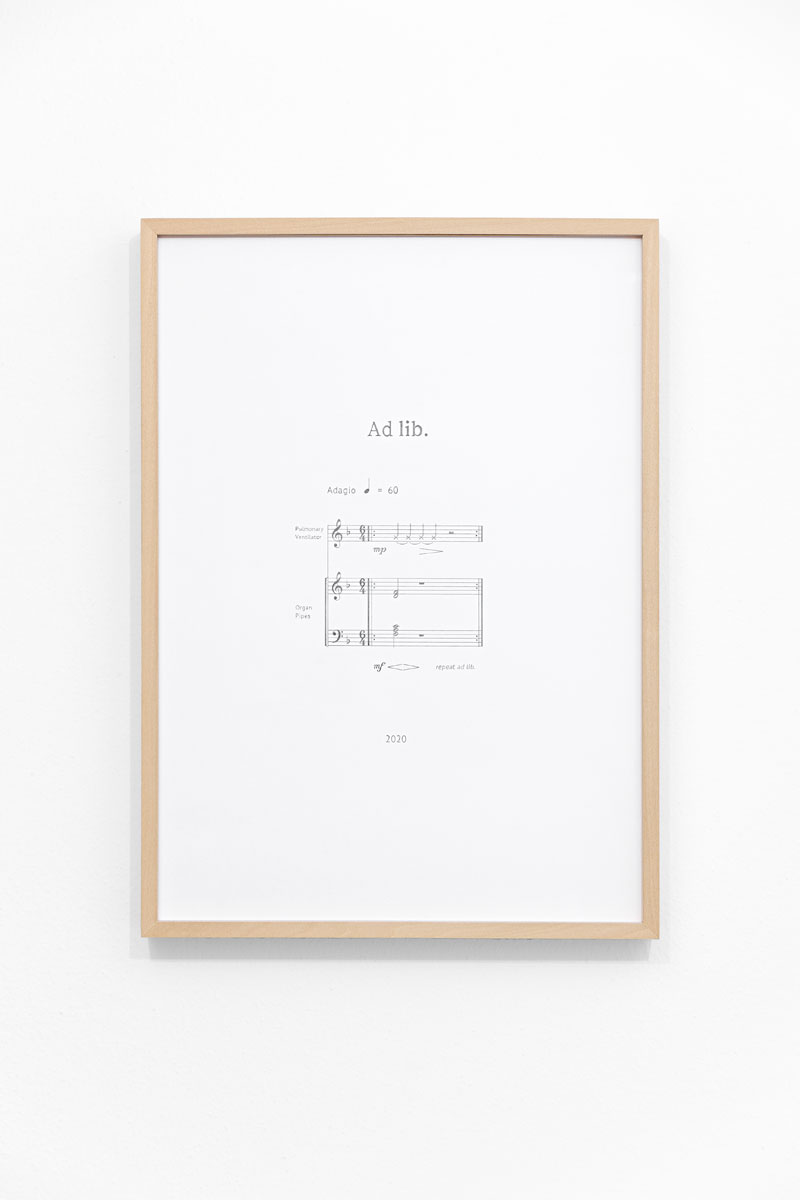 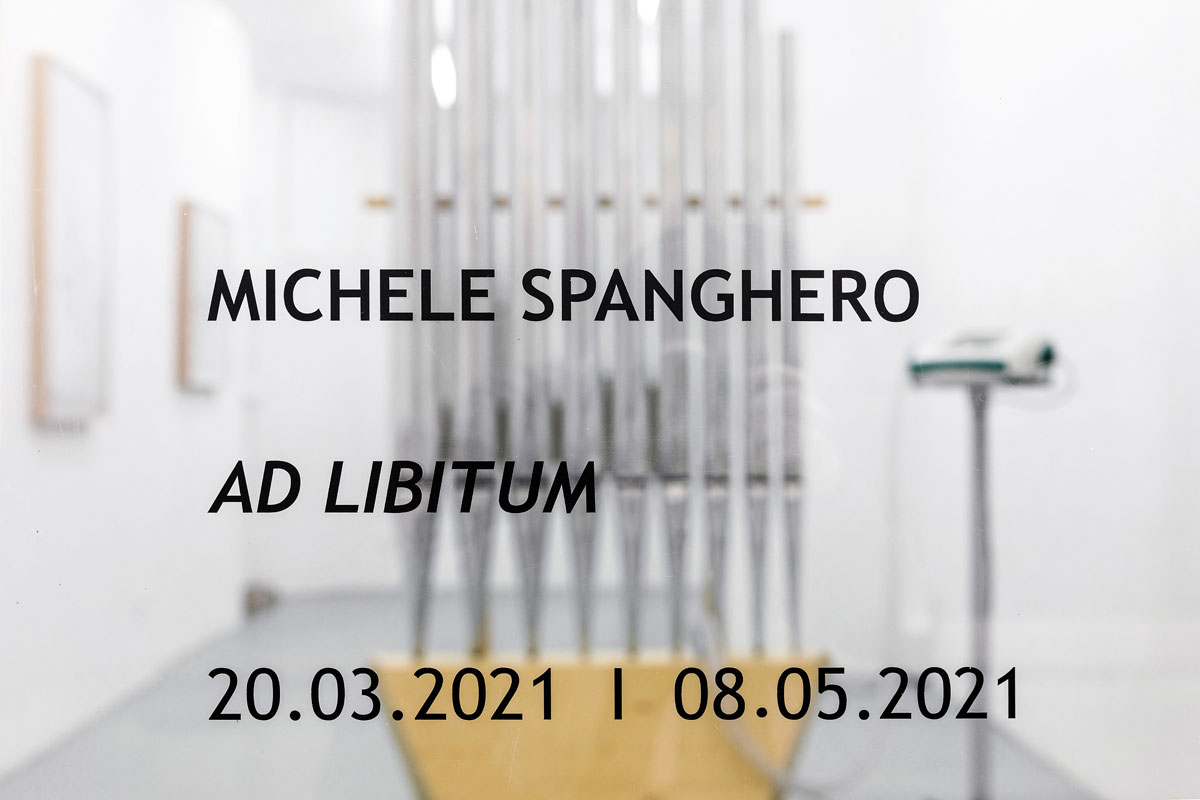 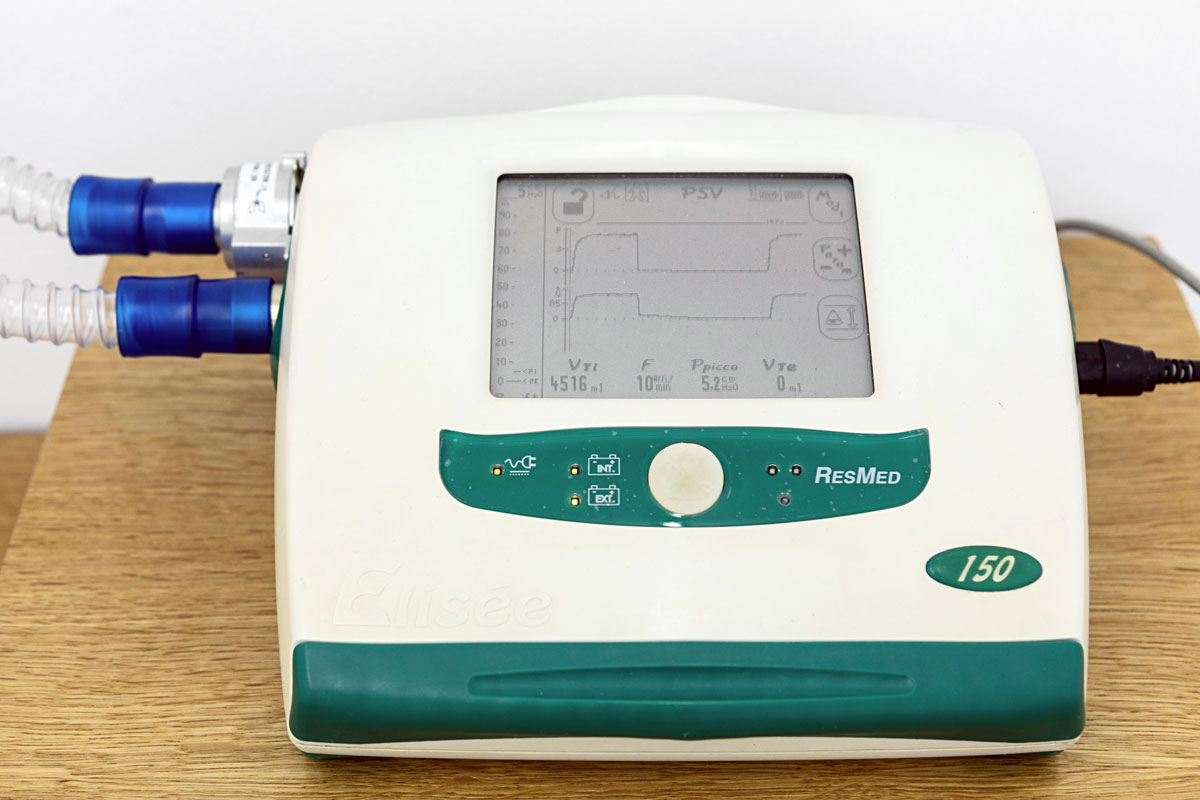 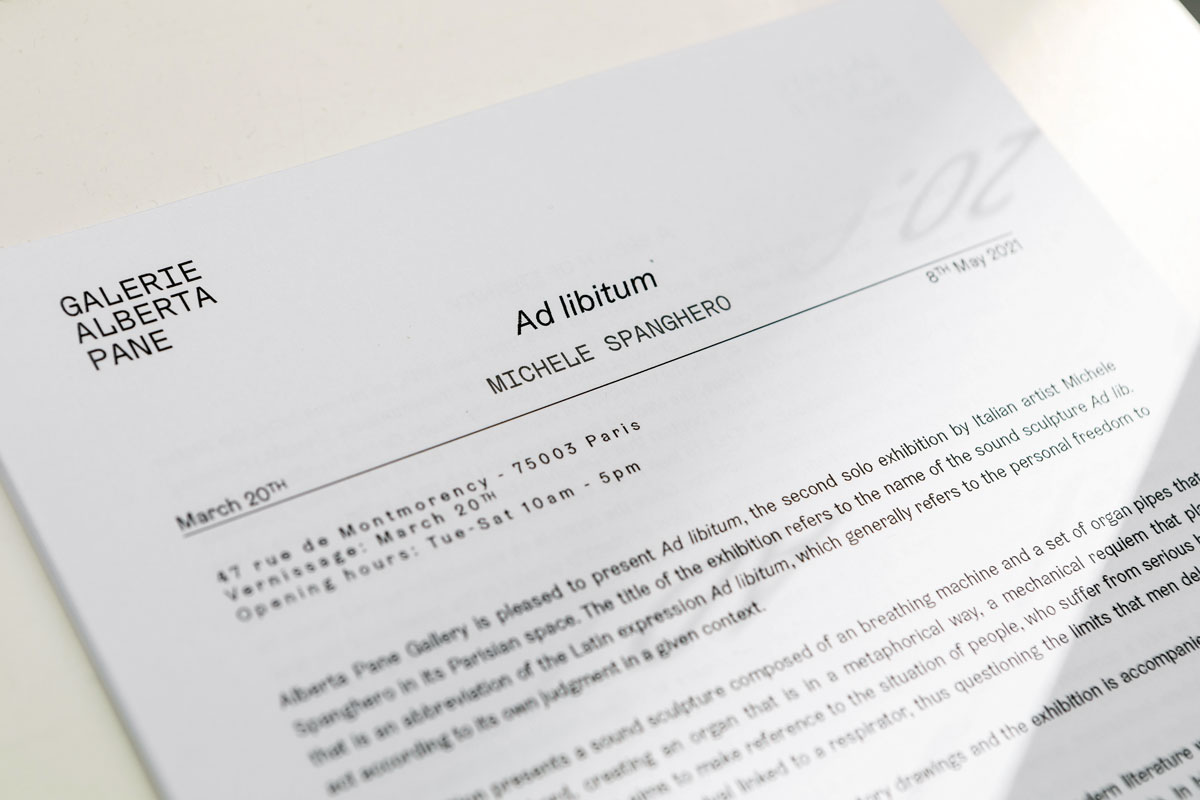 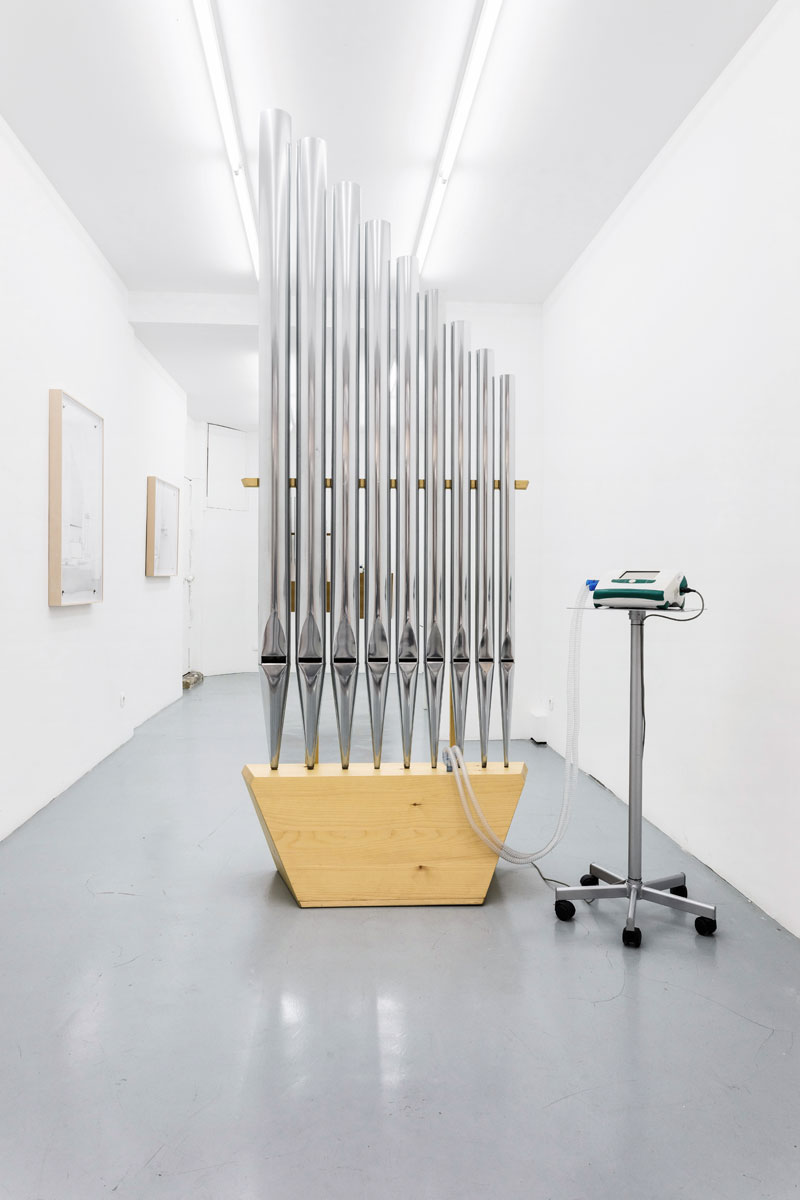 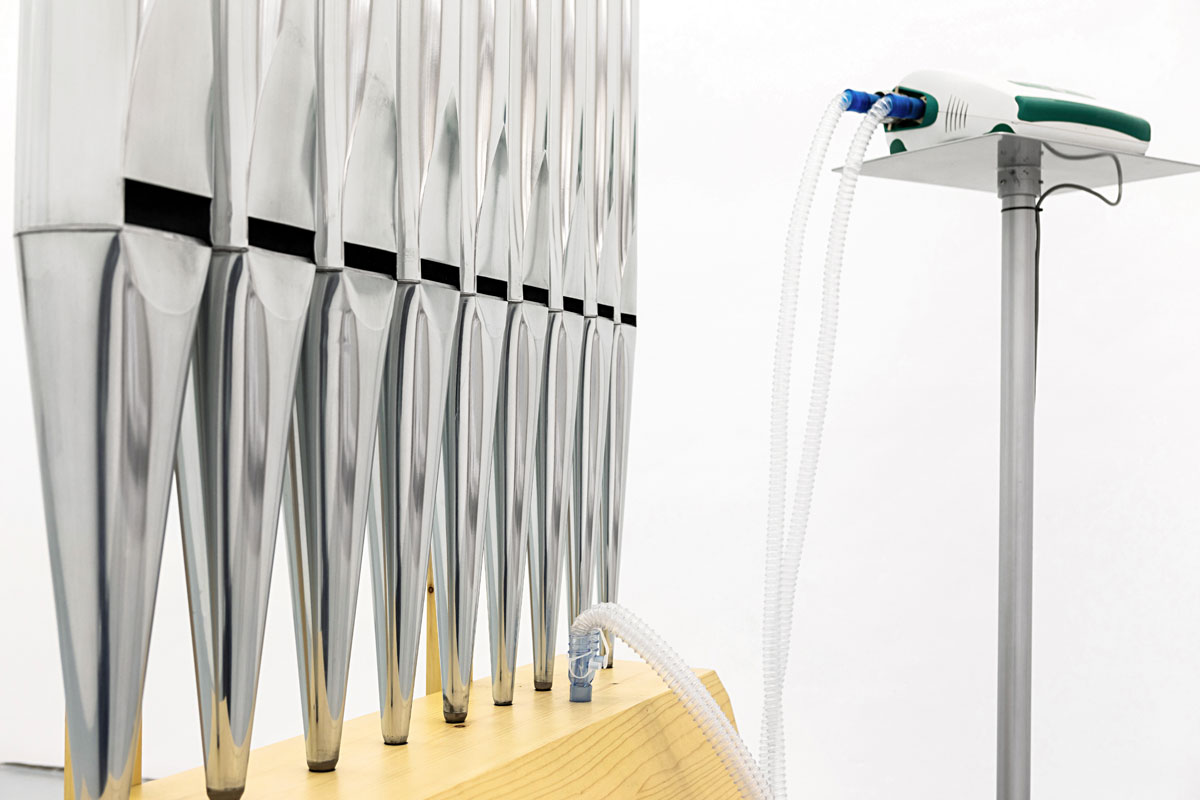 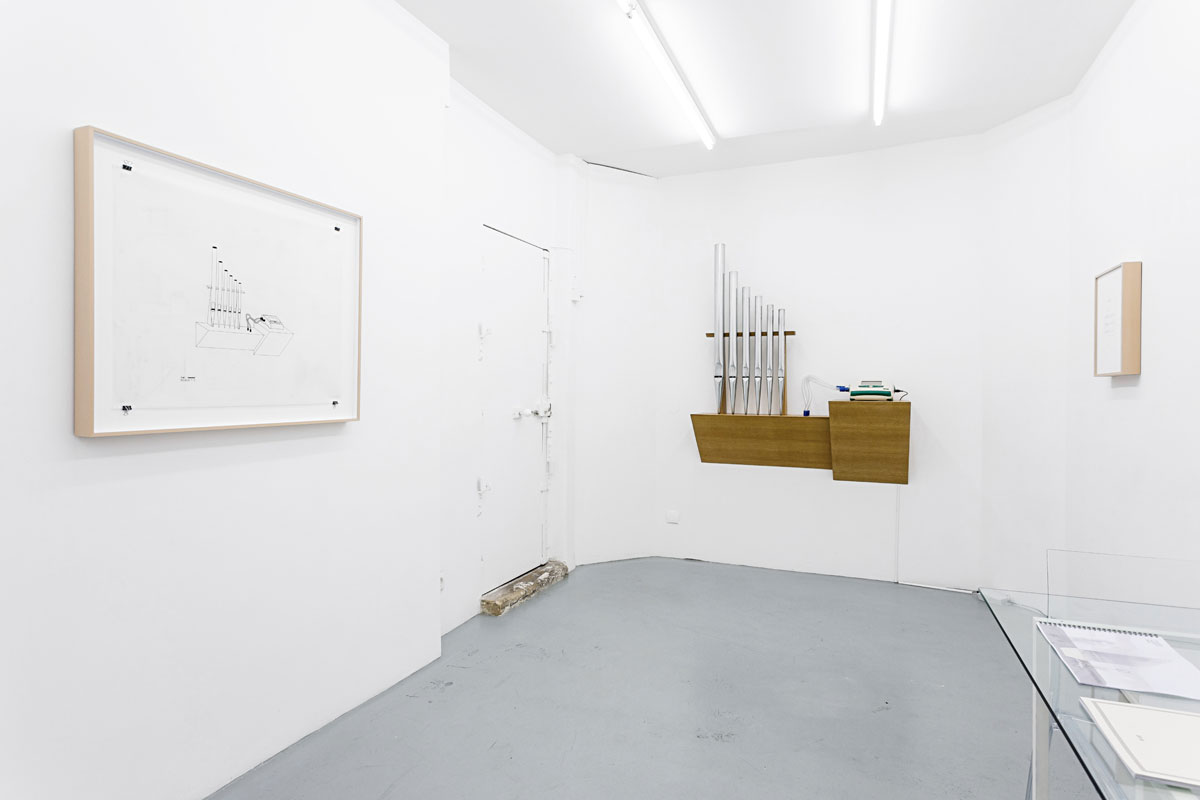 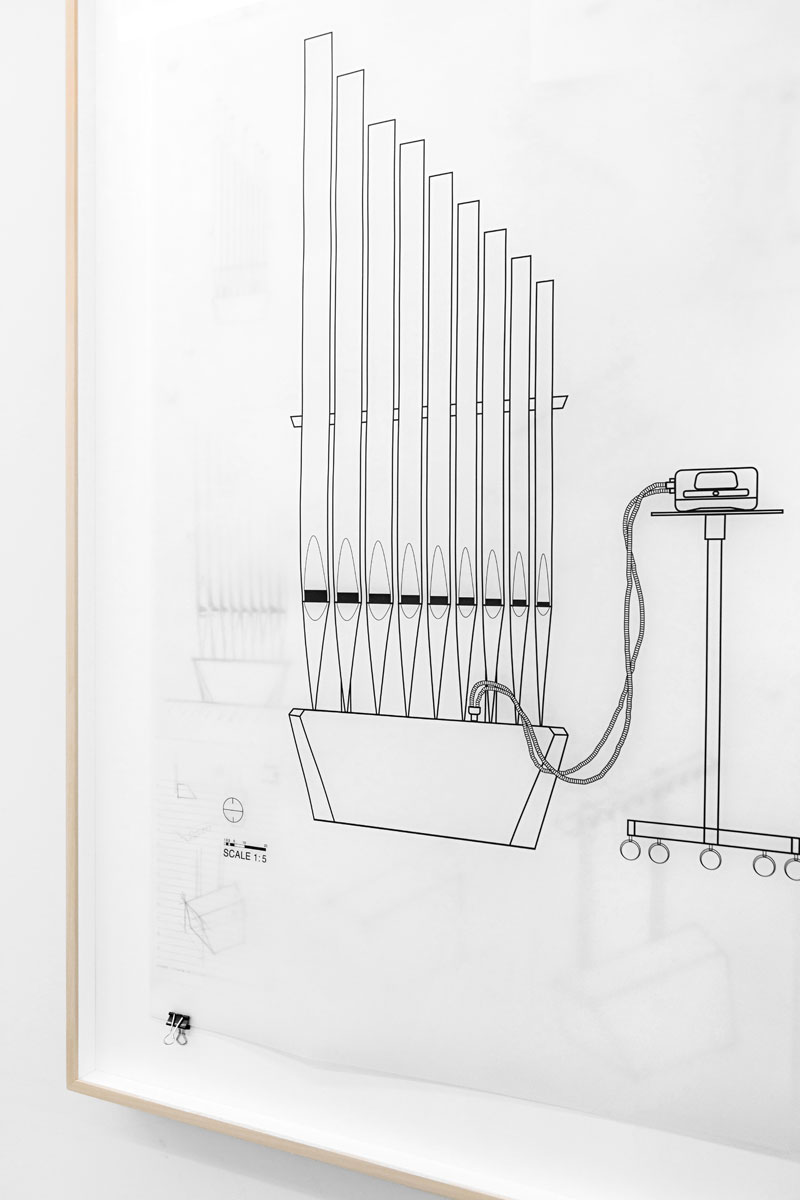 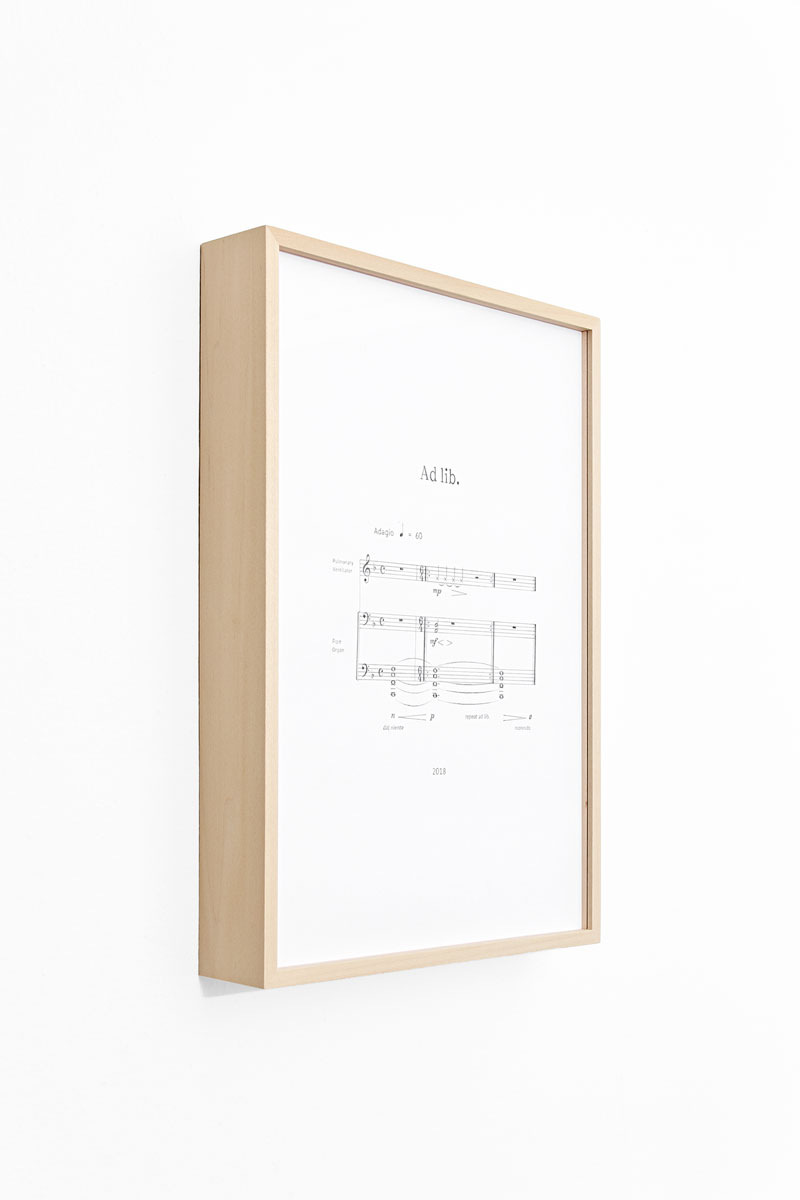 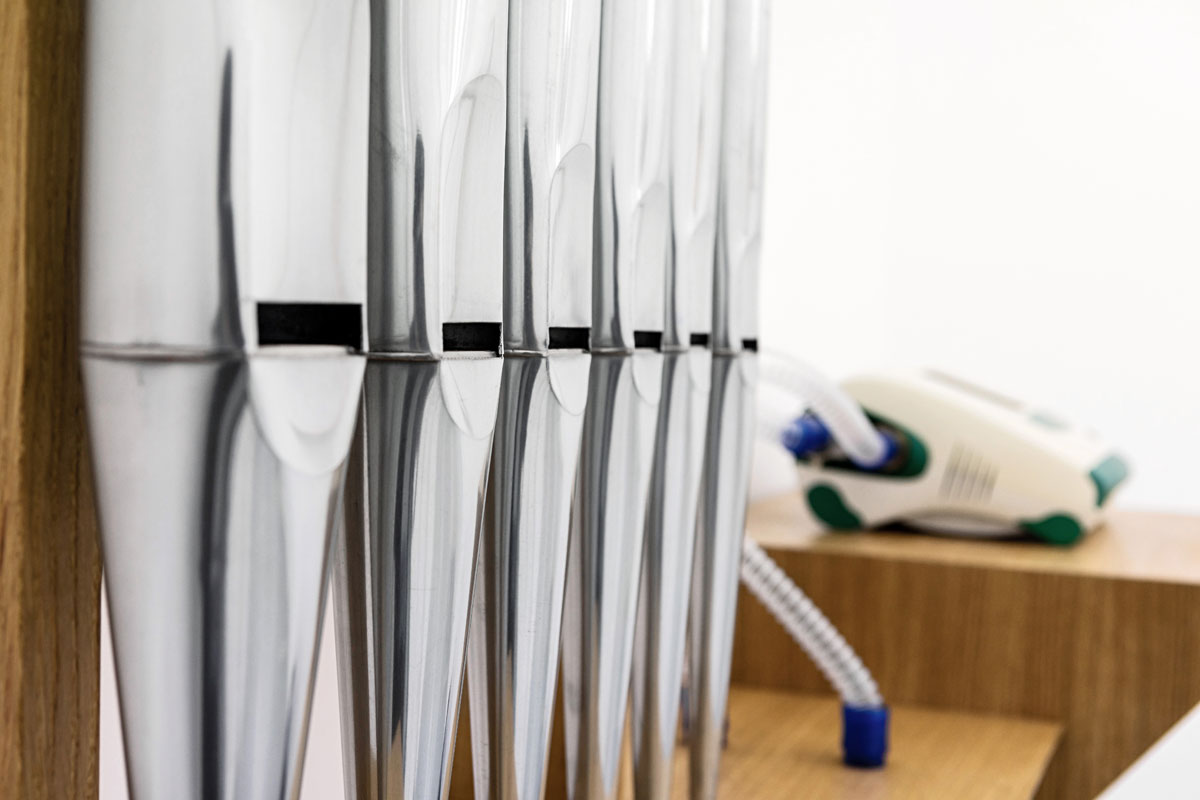 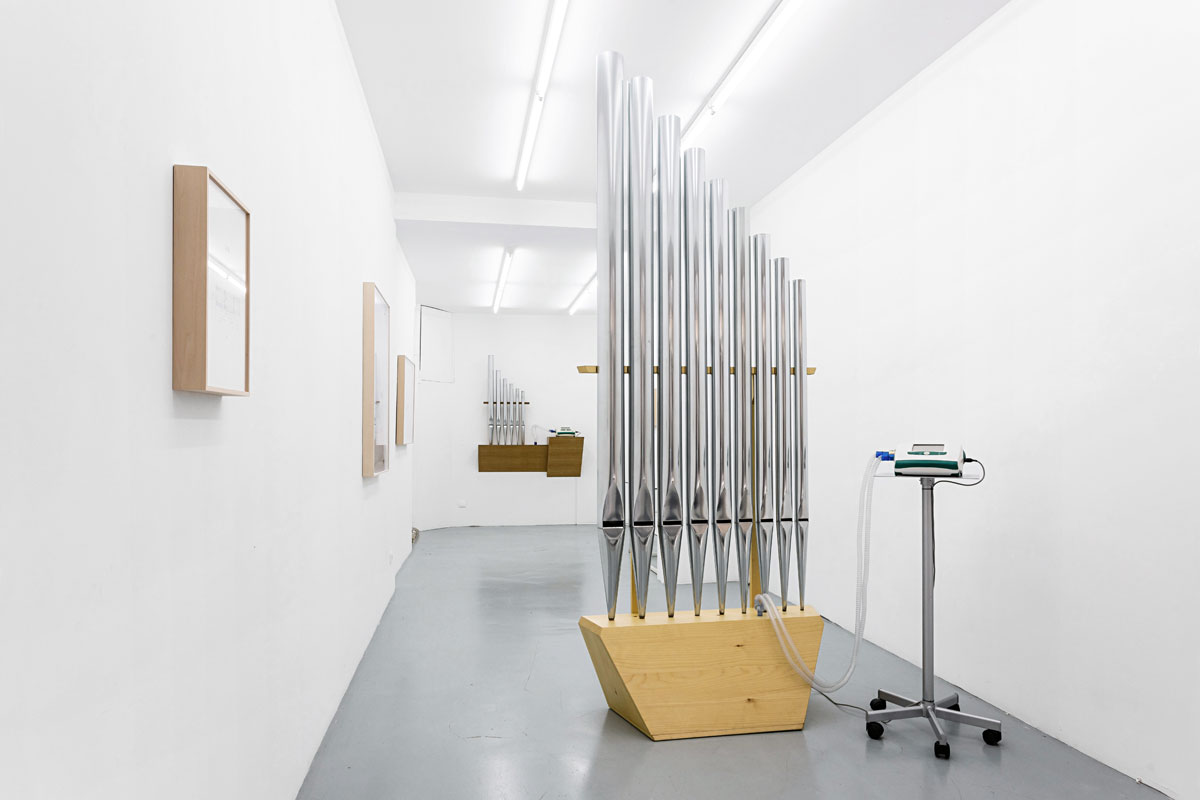 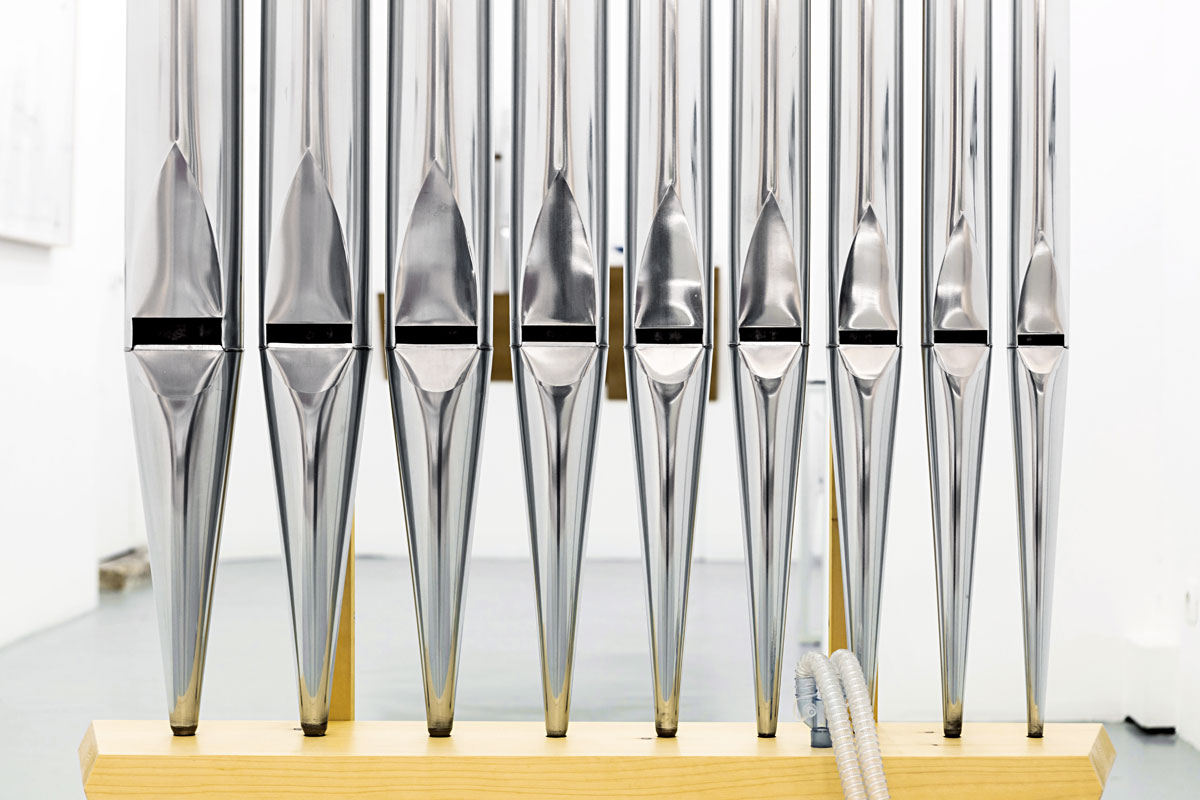 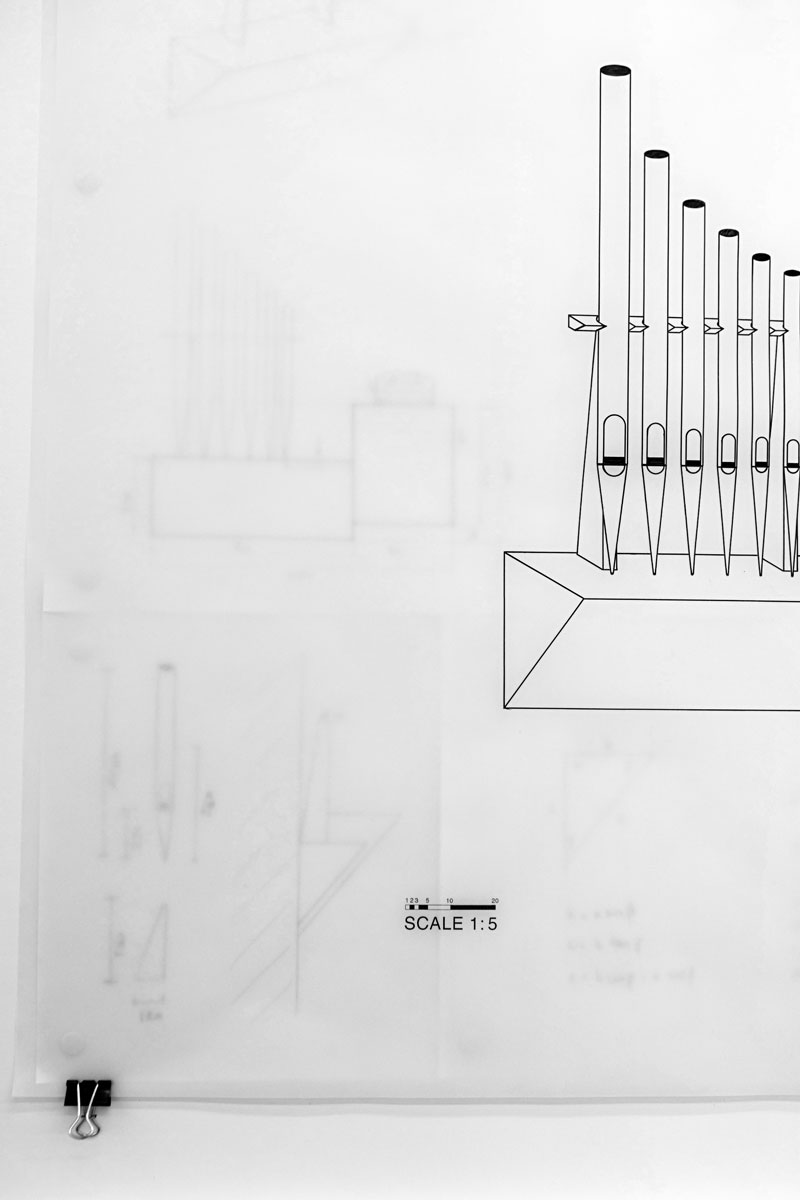 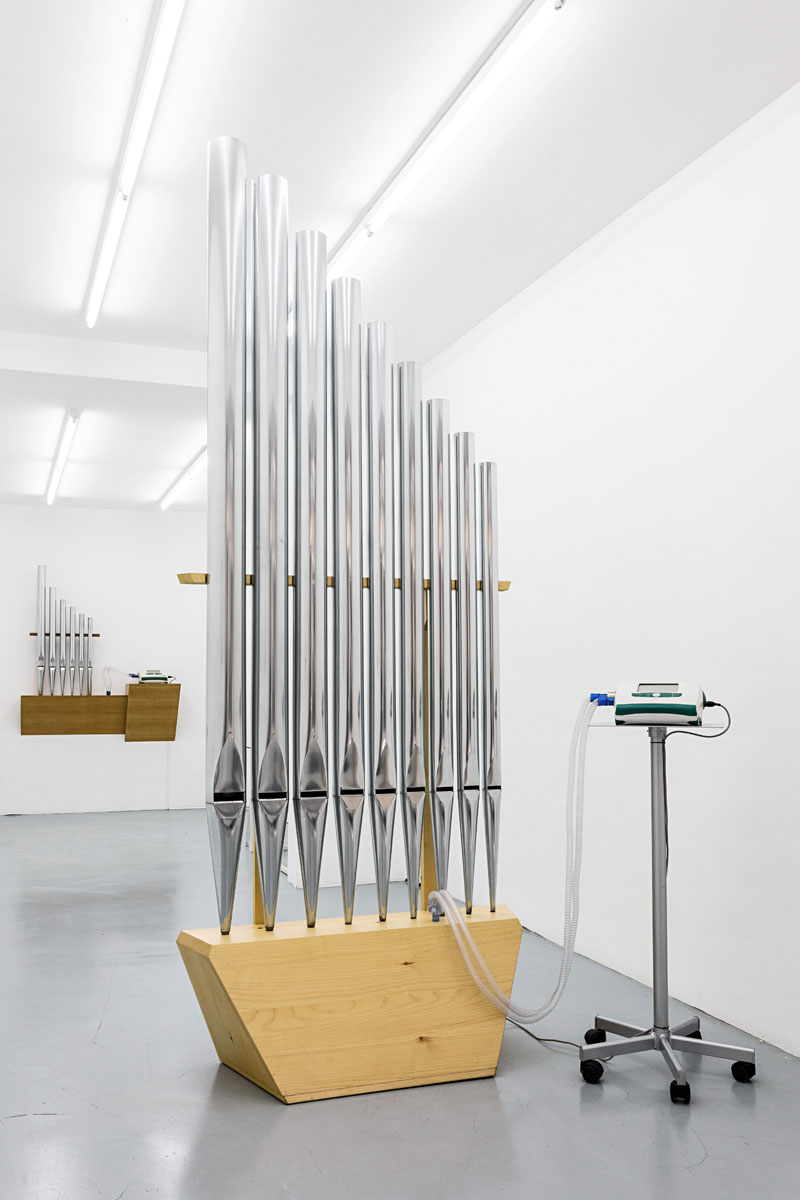 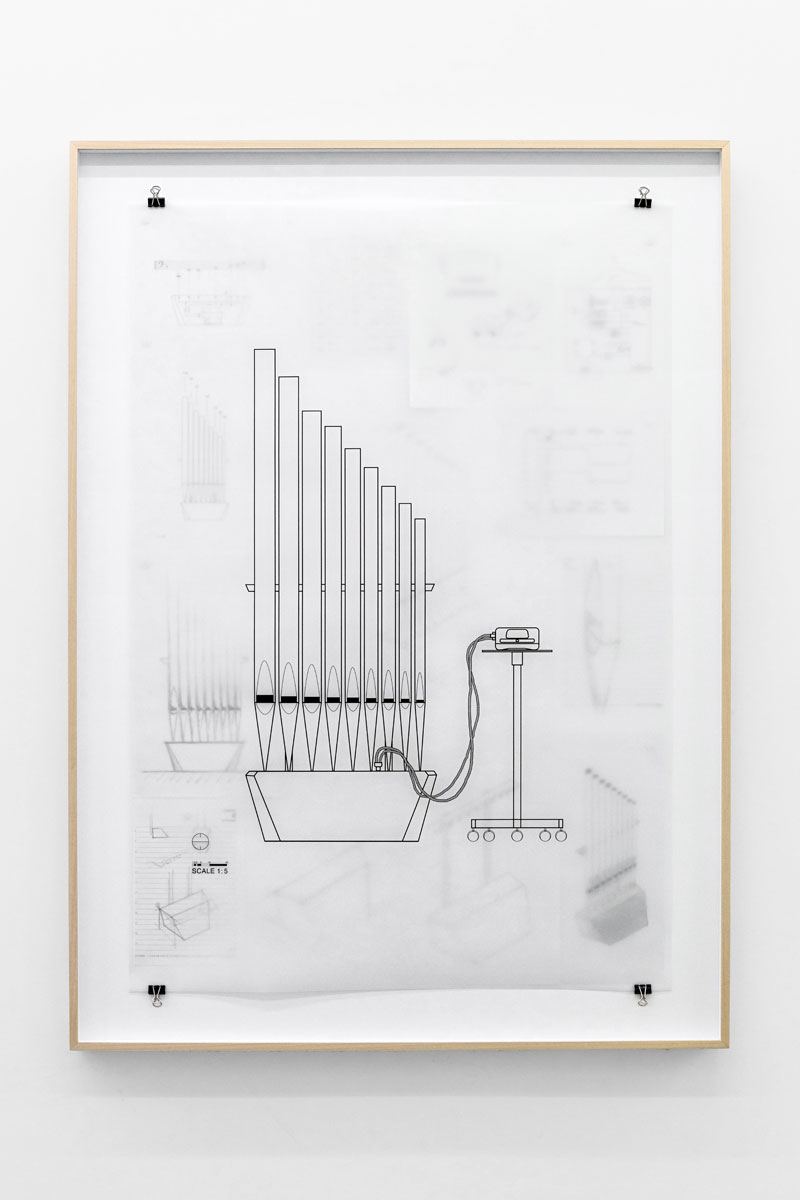 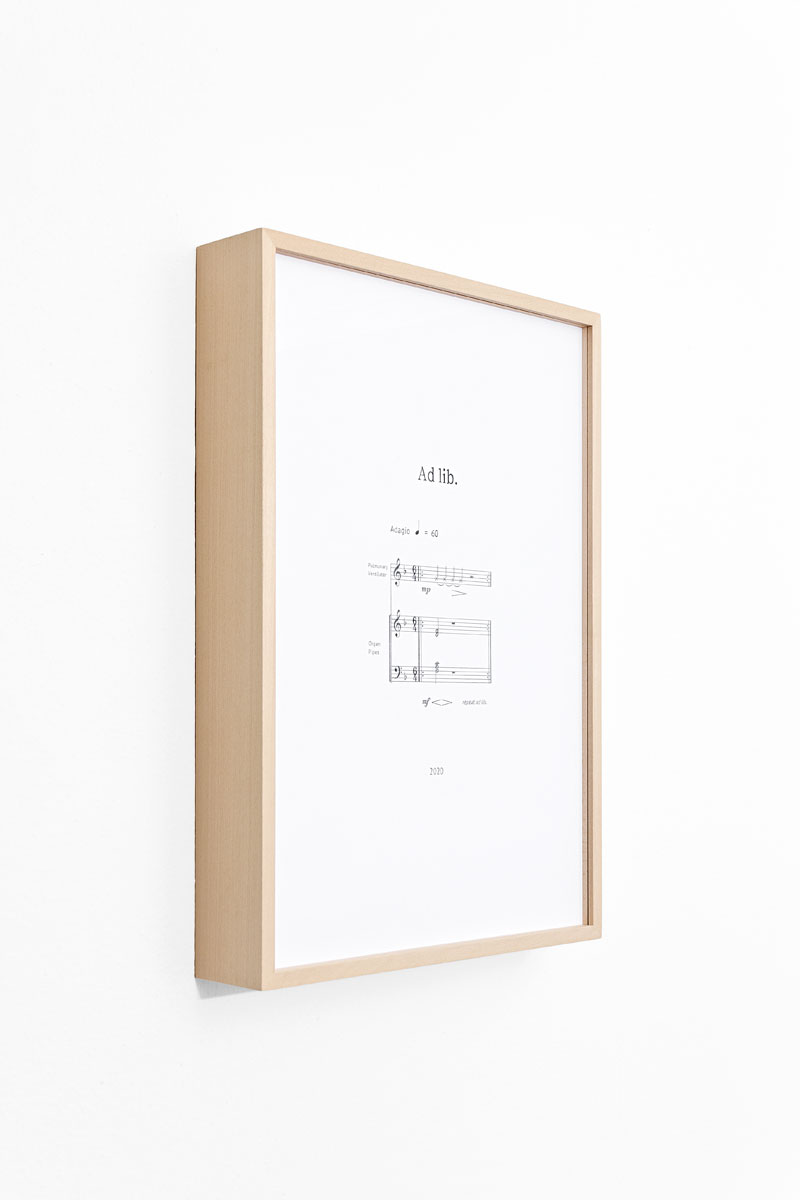 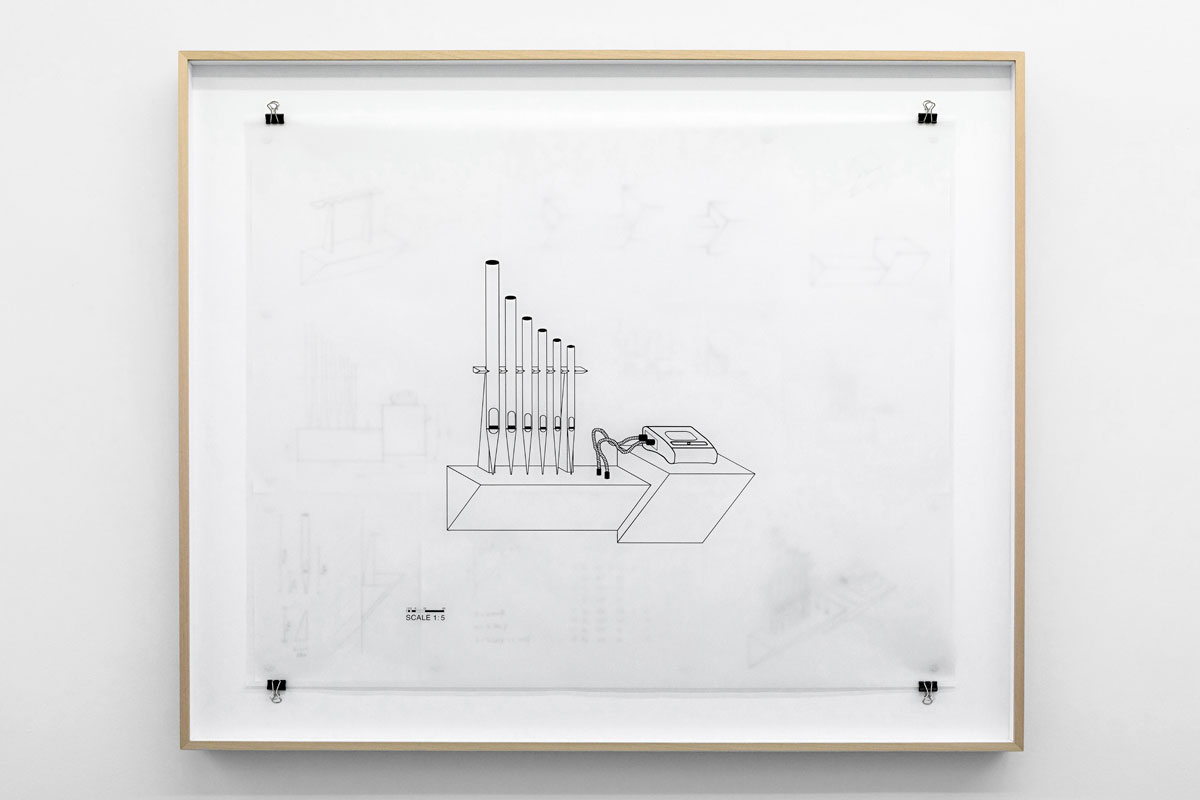 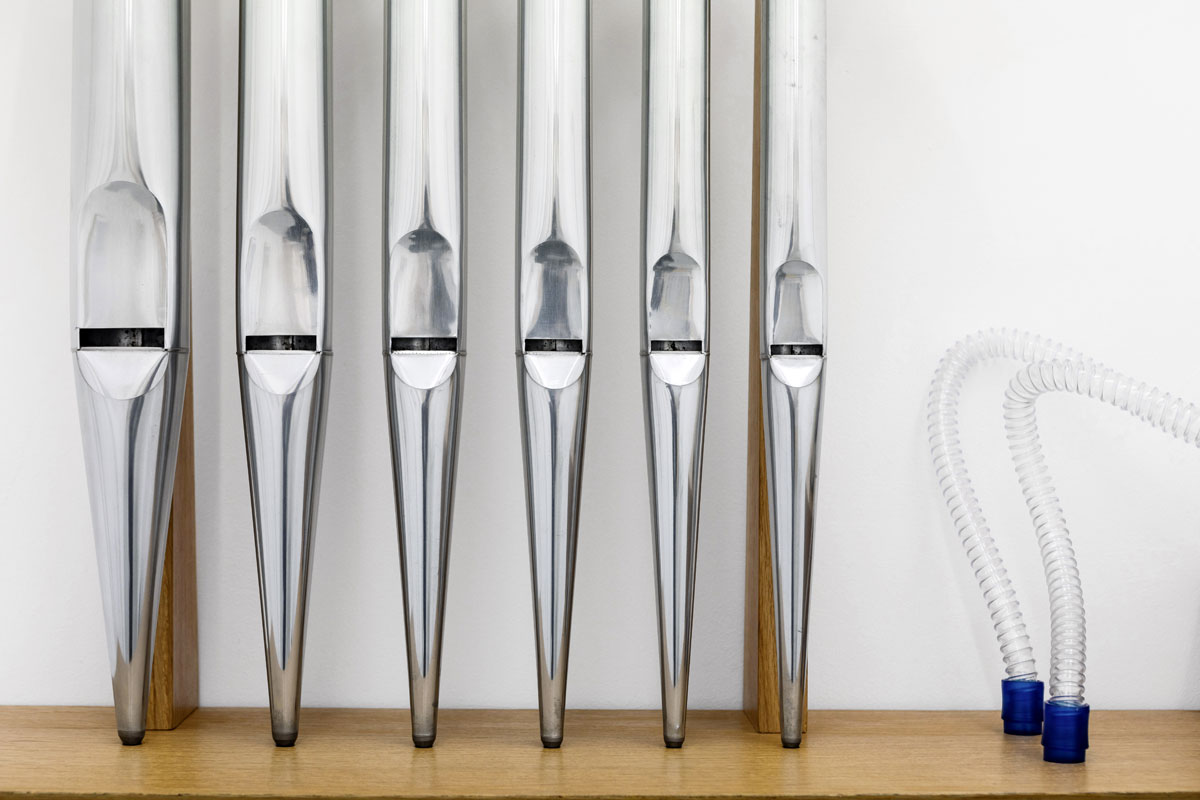