Igor Eškinja constructs his architectonics of perception as ensembles of modesty and elegance.
The artist ‘performs’ the objects and situations, catching them in their intimate and silent transition from two-dimensional to three-dimensional formal appearance. Using simple, inexpensive materials, such as adhesive tape or electric cables and unraveling them with extreme precision and mathematical exactitude within strict spatial parameters, Eškinja defines another quality that goes beyond physical aspects and enters the registers of the imaginative and the imperceptible.
The simplicity of form is an aesthetic quality that opens up a possibility for manipulating a meaning. It derives, as the artist states, from the need for one form to contain various meanings and levels of reading within itself. The tension between multiplicity and void constitutes one of the most important aspects of Eškinja’s mural ‘drawings’ and seemingly installations. A void is still an active space of perception; it does not conceal; it comments on the regime of visibility, it invites the viewer to participate in the construction of an imaginary volume in an open space.
The temporary nature of the artist’s spatial structures and the ephemeral quality of his carpets (where ornaments are carefully woven out of dust) manifest a resistance to the dominant narratives of institutional apparatus and socio-political order. 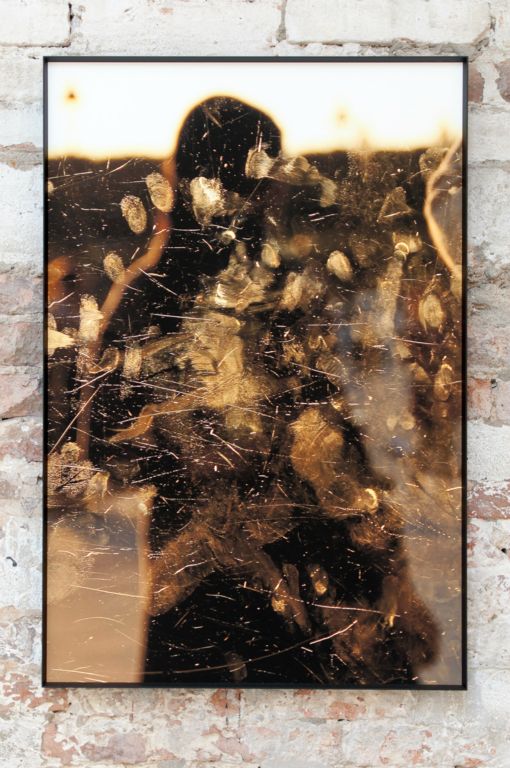 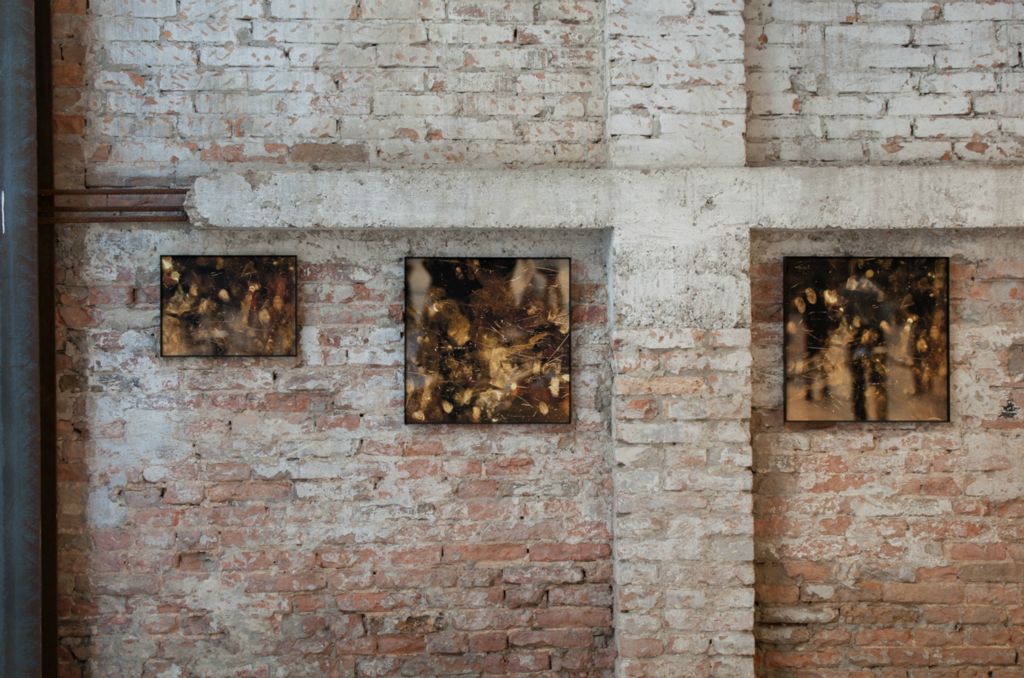 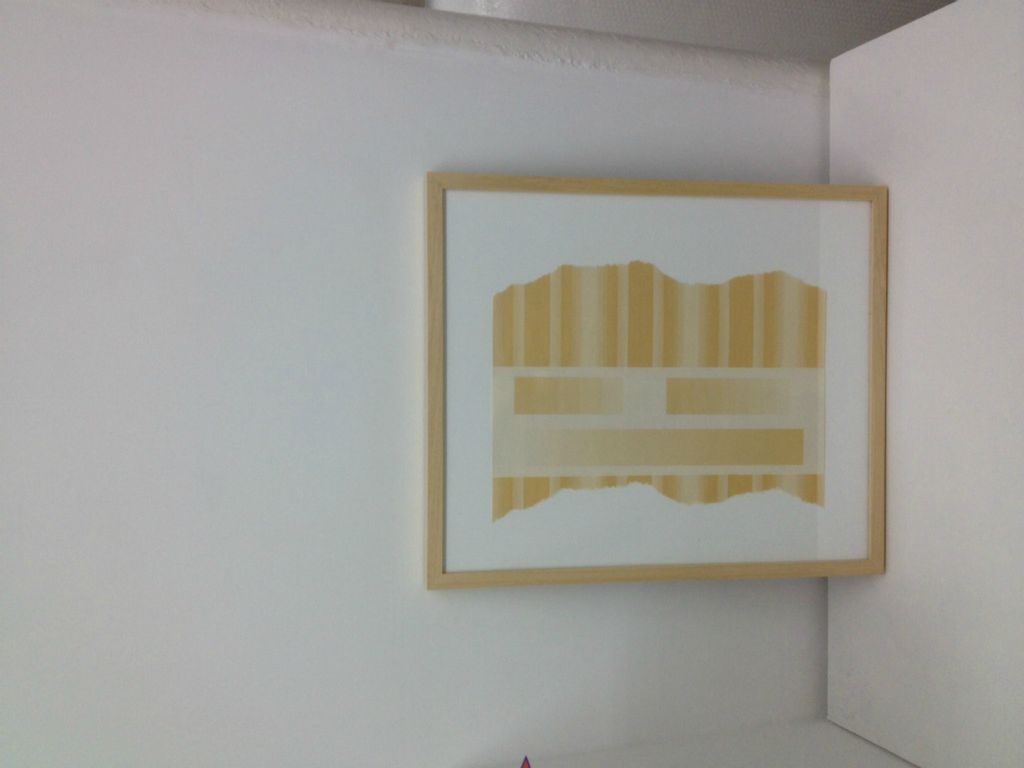 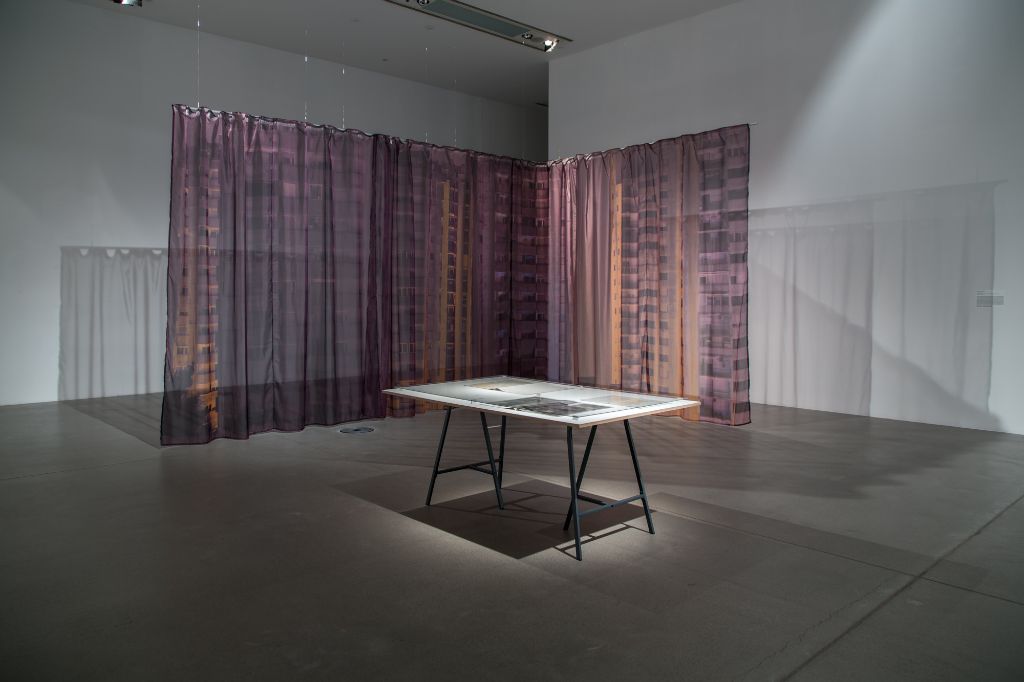 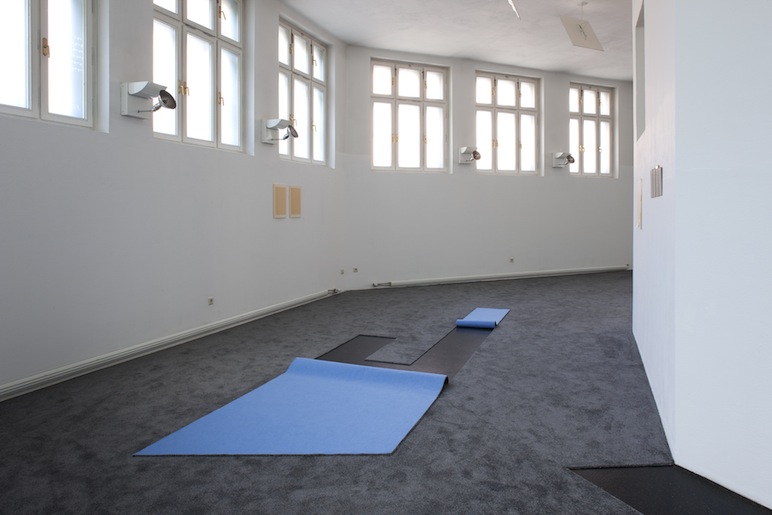 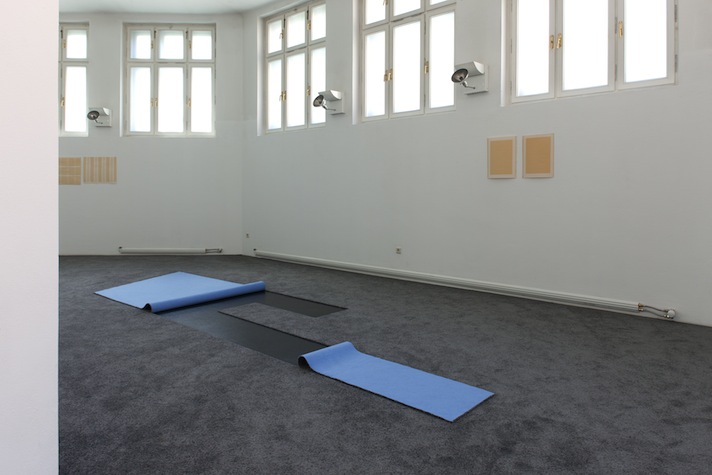 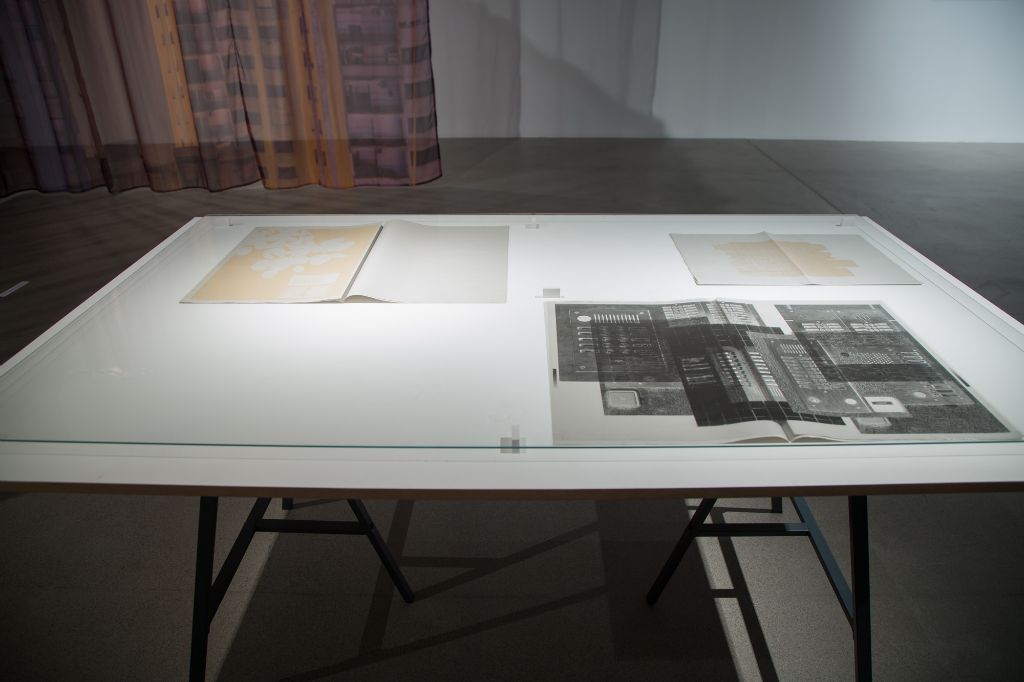 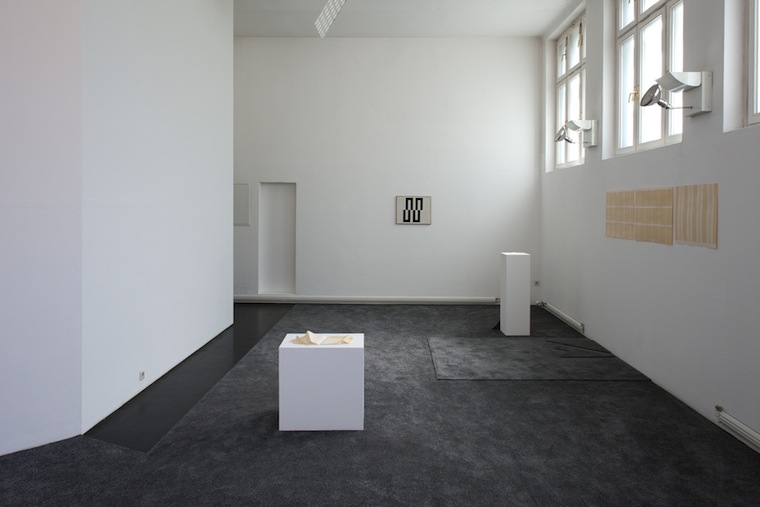 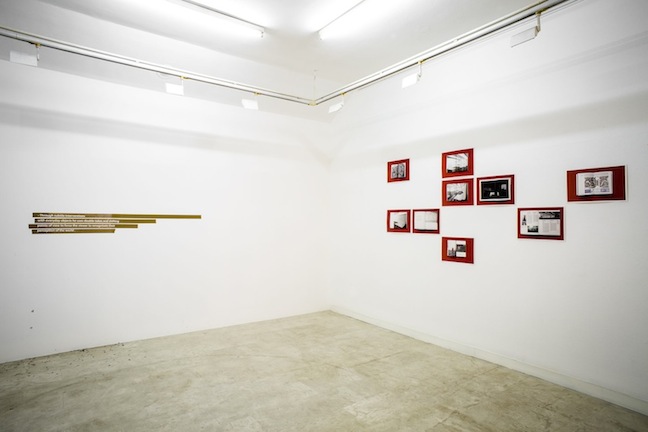 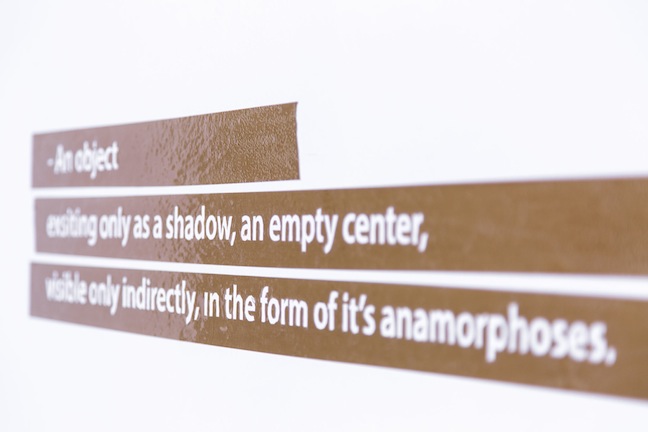 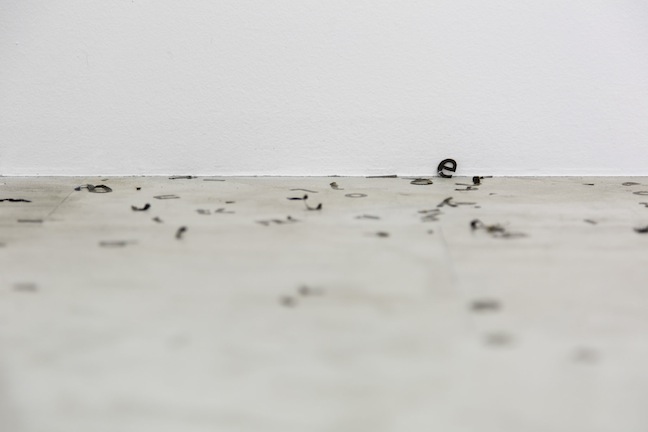 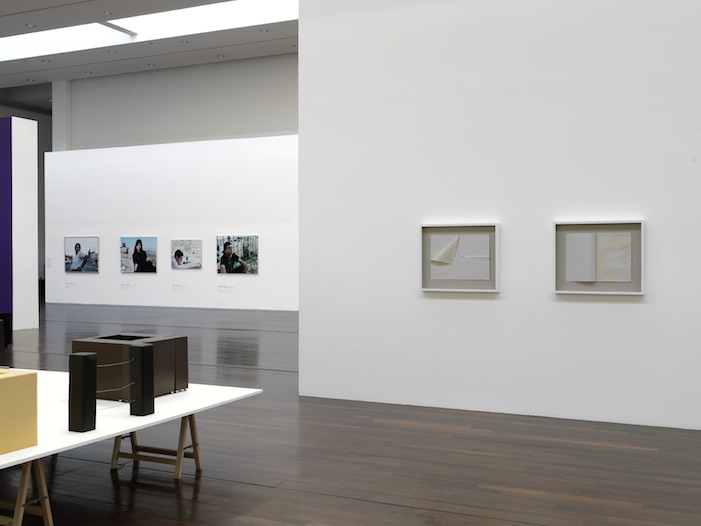 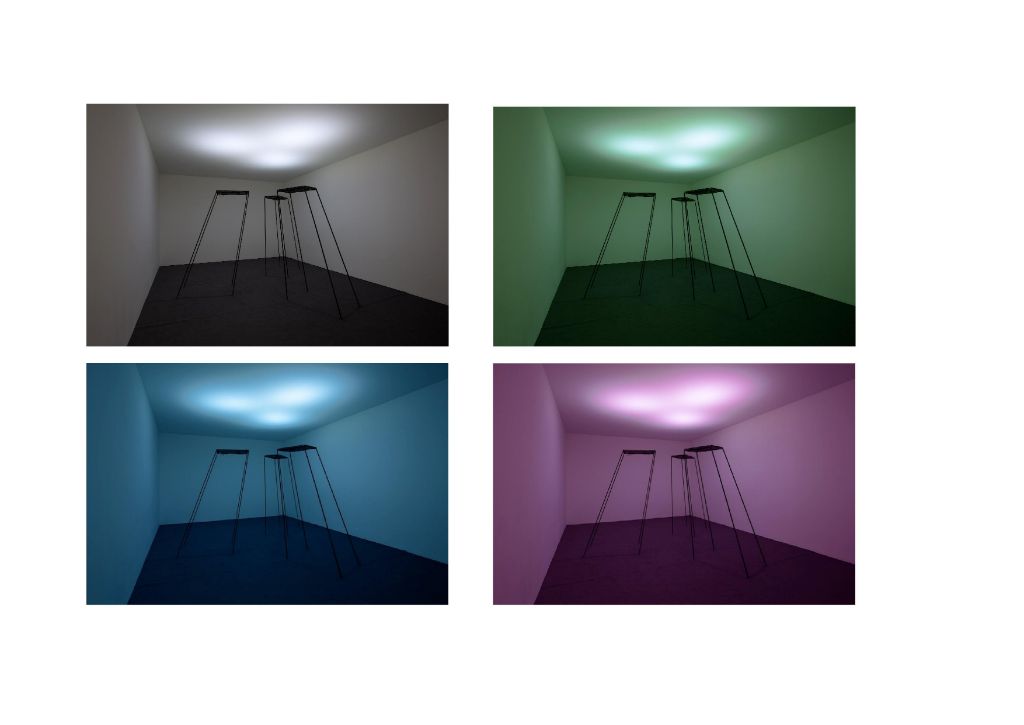 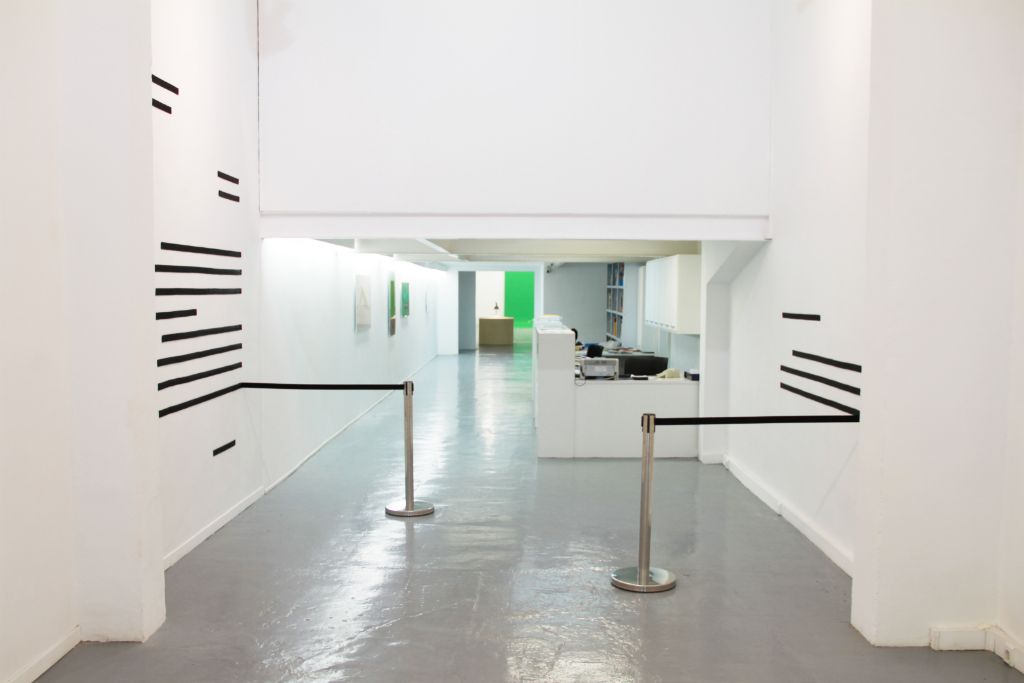 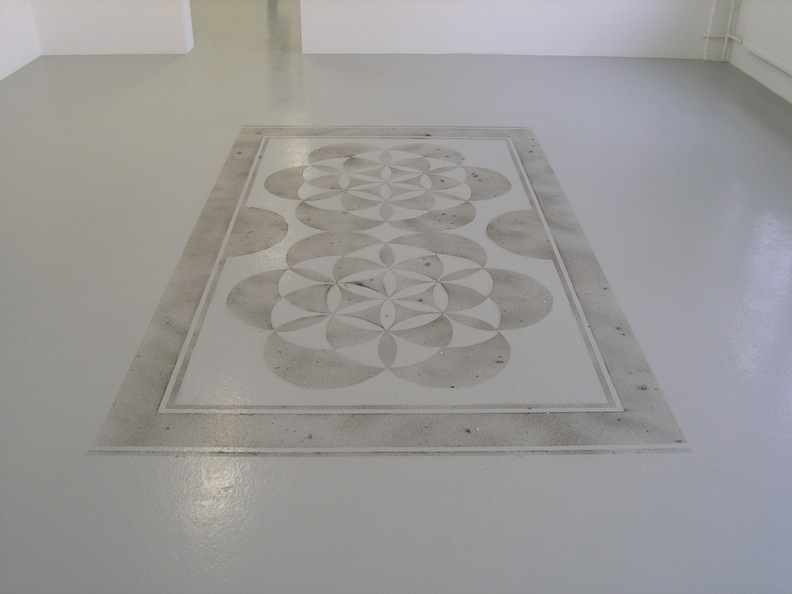 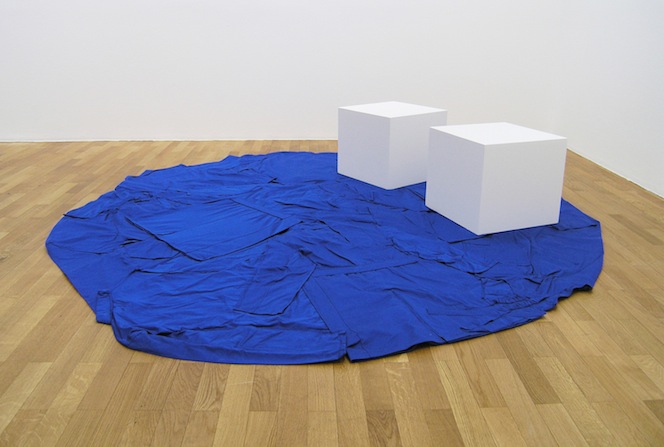 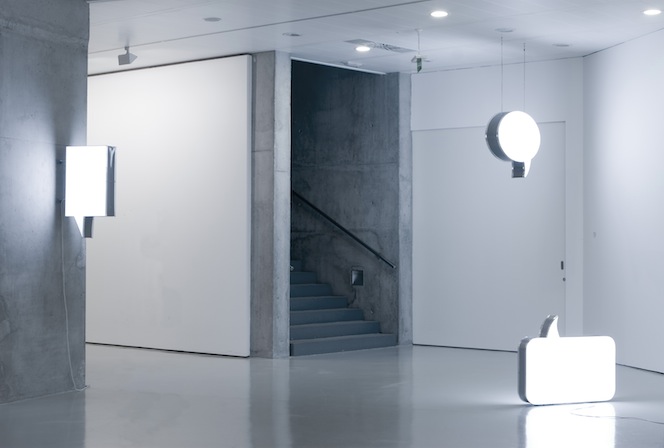 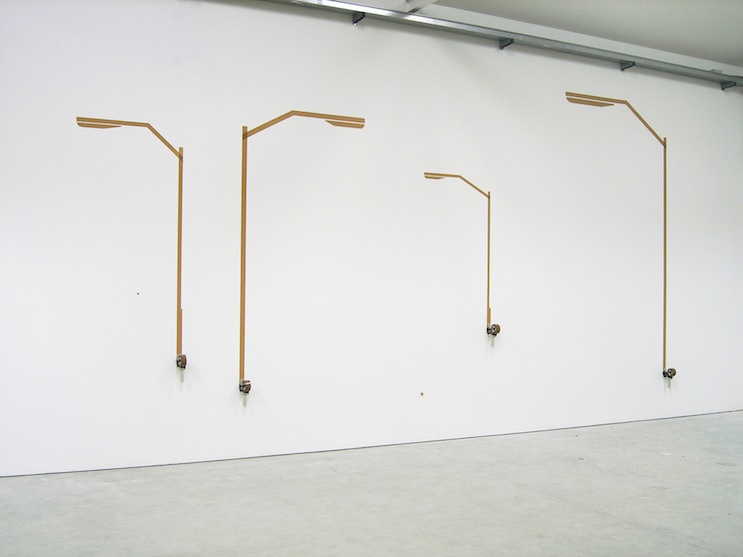 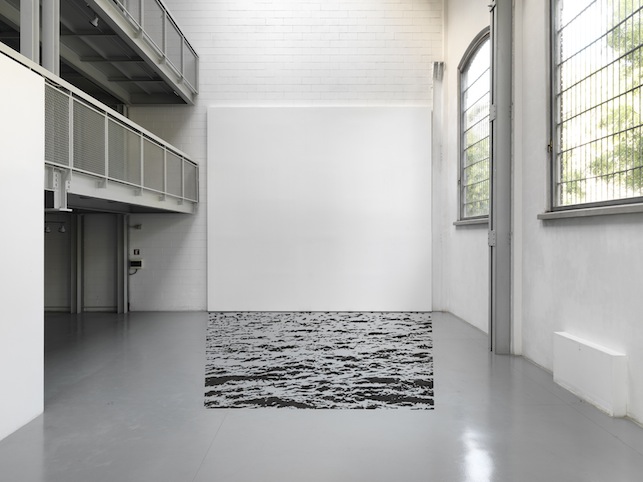 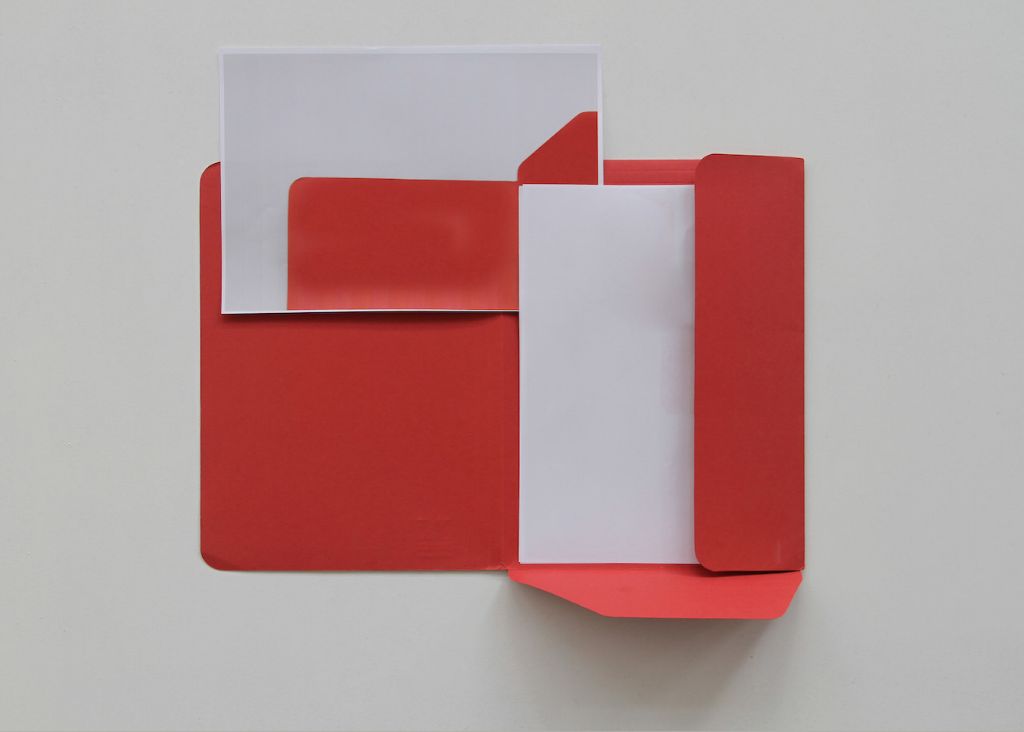